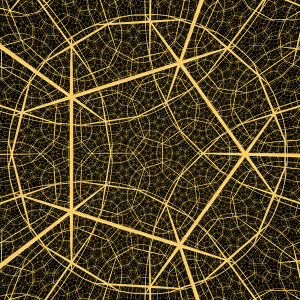 (This post appeared in the October 2012 Active Consciousness newsletter).

Earlier this year, I had an appointment with an energy healer who also sometimes transmits helpful verbal messages she ‘receives’ for her clients. In one healing session, she uttered the following message for me: Individual cells need to be connected to all the cells. In other words, somehow, I needed to create interconnectivity between my cells.

That night as I lay in bed in a somewhat meditative state, I came up with the following method for creating this interconnectivity. Over time, I have tried to modify it by eliminating or reordering some of the steps. All attempts at modification have failed to yield the same result.

When I follow the simple procedure described below, I can achieve a most amazing state of internal vibration and interconnectivity. Usually I can only hold it for a minute or so — sometimes even less. Even in such small doses, I feel this vibration has important healing properties. Afterwards, my body feels super energized — sometimes nearly orgasmic. I can feel positive effects for at least a day. I usually perform this meditation in bed at night. Even when I fail to achieve the full state of vibratory interconnectivity, I find that I often fall asleep in the process of performing it — so it is useful for that purpose as well.

I have decided to call this meditation the Aka Meditation. I did so after I learned this word — used by Hawaiian kahunas (shamans) — and its meaning from the book Spiritwalker by Hank Wesselman. Aka “threads” are considered to interconnect everything to each other on the etheric level.

“…[E]verything in the universe is connected to everything else through a vast net or web formed by these aka threads… These connections can be brought into being both by thoughts and intentions– they are ‘activated’ by attention. Sustained concentration, such as that practiced during meditation, theoretically increases the strength or volume of the contact.” — Hank Wesselman, Spiritwalker

It is my sense that my Aka Meditation, described below, is extremely powerful — so I wanted to share it with all of you. Please forward it to all your friends and also let them know about Active Consciousness.

This meditation can be performed sitting, lying, or standing. I personally prefer lying.

1) Lie on your back with your hands at your side.

4) Now comes the critical final step. Visualize the inside of your head as an interconnected web of energy — kind of a like three-dimensional spider web. Maintain a slight sense of pressure in your head while doing so.

At this point, if you are successful, the feeling of interconnection within your head will instantly spread throughout your body. This is the “Aka” state of vibration. Try to maintain it as long as you can. Focusing on the sense of pressure and interconnectivity in your head helps. You should feel a sensation of tingling and interconnectivity throughout your body. You may also experience the following sensations:
* A kind of stiffness or paralysis in your body.
* A sensation that it is a bit hard to breathe (but you will be able to breathe).

Please feel free to write to me and let me know your experiences with the Aka Meditation (lansky@activeconsciousness.com). I will have more things to report about it in future newsletters. I believe it is highly significant, so please try it out!