↓
Home→Homeopathy→The Dangers of GMO Foods: A Likely Cause of Many of Today’s Health Problems 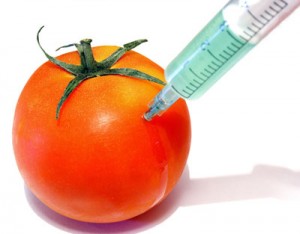 In addition to his homeopathic teachings, the founder of homeopathy, Dr. Samuel Hahnemann (1755-1843) taught about the importance of food and environment in maintaining good health. If a person is eating poorly, living in damp quarters, etc., these maintaining causes, as he called them, severely limit the good that even excellent homeopathic treatment can achieve. Thus, even if you are under the care of a homeopath and are receiving a remedy that matches you, if you are constantly subjecting to yourself to maintaining causes of disease, you will likely not escape their impact. In my view, the increasingly pervasive presence of GMO foods in our diets is likely a leading cause for many of our current health problems, from the obesity epidemic to the rising tide of sensitivity to gluten, and possibly much more.

What my neighbor failed to understand, however, is that today’s GMO foods are not the result of natural breeding. They are the result of combining genetic elements between species — even between animal and plant species — that would never combine in nature. Thus we get:

The testing of the safety of GMO foods has been very limited, usually lasting only three months, and conducted only by the manufacturers of these “frankenfoods” — most notably Monsanto. As a result, we humans end up being the real “guinea pigs”. Consider the rising tide of ill health in North America — where GMO foods are most prevalently found — and you begin to get the picture.

For the first time, an independent long-term study has recently been conducted on one of the most prevalent of GMO foods — GMO corn. This corn is now the dominant form of corn in the USA and is part of almost every prepared food we eat, because of the pervasive use of corn syrup as a sweetener. It is also in the feed of most farm animals. The test was conducted in France and the corn was found to cause an increase in death in the test rats, and most notably, breast cancer. Interestingly, these toxic effects only showed up after three months. I encourage all of you to watch this YouTube to learn more about this recently released study. In fact, its results have caused Russia to ban this corn for import.

For those trying to eat a gluten-free diet, the pervasiveness of GMO corn is particularly disconcerting because corn is one of the most easily available gluten-free grains. However, it is emerging that GMO corn itself might be at the root of the increasing tide of gluten-sensitivity, because of the way it affects the gut. I encourage you to read more about this and other dangers of GMO foods on mercola.com.

While most countries around the world require labeling of GMO foods (even China, Russia, and India), the USA and Canada does not. As a result, the only way we can protect ourselves from their potentially toxic effects is by eating only organic foods. On November 5, Californians will vote on Proposition 37, which requires GMO food labeling. Monsanto and other food-related businesses are spending millions to try and defeat it. If you live in California, I encourage you to vigorously support Prop 37. If California foods must be labeled, then it is likely that labeling will spread across North America. As those who oppose Prop 37 know, this labeling will likely amount to a death knell for GMOs. I truly pray that happens! It may cause some pain for these businesses in the short run, but they will quickly learn to adapt to the fact that people do not want to eat genetically modified foods. For the sake of the health of our nation (and to stem the rising tide of health care), support GMO food labeling!

Finally, did you know that Aspartame (Nutrasweet) is also a GMO product? Noted for its toxic neurological effects, this artificial sweetener is also pervasive in our food supply. This YouTube video might be interesting for you to watch. There have also been research studies that showed that aspartame increases the risk of obesity, not decreases it. I know many people who chug-a-lug diet soda all day long. They would probably be better off drinking regular soda. But they would be best off simply drinking water.