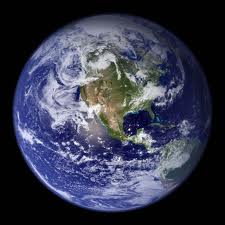 Lately I’ve been thinking a lot about the future of humanity. Climate change, overpopulation, unending war, environmental, health, and economic disasters… it goes on and on. It seems like there are only a few ways to face it: bury your head in the sand (business as usual); party while you still can; fight the good fight (whatever that means to you); join the depressed throngs wrestling with seemingly inexplicable meaninglessness; or turn within and live positively as best you can.

But what is really going on? I’ve been thinking about that too.

Permit me to be an armchair philosopher for a bit, and let’s examine things from a larger perspective. As I discuss in my book Active Consciousness, the course of human history has been one of evolution in four interacting quadrants — in the outer world of nature, in our collective social/political culture, in our collective spiritual pursuits, and in our own personal consciousness and level of awareness. Much of this is discussed in the writings of people like Ken Wilber and, as discussed in a previous newsletter, philosopher Jean Gebser.

It seems to me that a driving factor for human evolution has been our growing size. As our population has grown, our natural inclination as human animals has been to try to survive and create mechanisms for this survival. Hence our development of tools, agriculture, mechanical devices, modes of transportation, and now computers and the internet. Similarly, we have had the development of villages, towns, cities, nations, and world organizations. And hence our enlarging focus from family, to clan, to nation, to global citizenship.

The trouble is that our innate human dissatisfaction, which has driven us to create more and more, never seems to be satisfied. Buddhist wisdom tells us that this is because we are trying to derive our happiness from external things, rather from internal wisdom and awareness. I certainly agree. That too, is a key message of Active Consciousness.

But it is also true that without our innate tendency toward dissatisfaction, we would probably have never made it this far! So how can we learn to know when we have enough? As we all know, even the mega rich are always yearning for more — fancier jets, bigger mansions. There is never enough, because just trying to have more things, beyond a certain point of comfort and necessity, does not quench our innate dissatisfaction. In order to do that, we must turn within.

So where are we now? Where does humanity stand in 2013?

Looking in the large, we see that we are still largely focused on creating more and more things. We are like dogs who gobble and gobble and don’t know when to stop eating. In the end, we will just kill ourselves this way. We create genetically modified organisms (Why? Because we can? Because it makes certain companies and people rich?) and we end up destroying our food supply with overuse of pesticides and foods that cause disease. We are also still focused on feeding our insatiable need for more stuff (often made out of plastic that we usually just throw out), as well as so many other unnecessary disposable luxuries. As a result, we are turning our beautiful planet into a garbage dump with huge dead zones in the oceans, polluted air to breathe, and radiation that will last for eons. Let’s face it: we are like dogs that poop in their own kennel, and the truth is, we really don’t know any better! Doing these things seems to be the natural result of our current state of evolution.

There seem to be only a few ways forward, and we now see some of these paths being explored and expanded. Some are positive, some not so much.

By viewing the current state of humanity in this way — in the large — we can see that we are currently in a process of evolution. And we seem to be at a critical juncture, not only because of the possible disastrous consequences of climate change, but because our innate nature, which has supported and sustained us for so long, is now bumping up against the natural boundaries of our planet.

As Ken Wilber has suggested, humanity has always tended to evolve, not devolve. So perhaps, the odds are in our favor. In the meantime, it will be quite interesting to see what happens next!