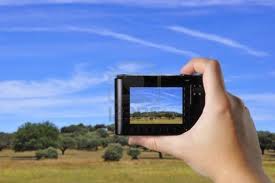 Why do we take photos? We are on a vacation, at a reunion, at a family event, or just hanging out with friends, and we want to remember the moment. Our memories just don’t seem sufficient. We know that later on, we can see our photos and recapture our experience and savor it once again.

Have you also found that photos can form your memories? For example, when we look back on our childhoods, it is often the moments captured in photos that are most remembered, perhaps because we’ve looked at them so often.

But consider this: perhaps the very act of photographing a moment actually helps capture our memory of it. For example, think of a photo of a fairly pedestrian event in your past (not of something memorable, like a wedding). Think of the scene in that photo. Now, can you relive or reenact that scene in your mind? Does the fact that a photo was taken of a moment in time actually serve as a kind of an access point or trigger that enables you to relive that experience? You might be able to recapture the visuals, feelings, or even sounds and other sensations that you experienced, even from a time long ago.

Now choose a vivid memory from your past — but not one that was photographed. We all have moments like these. Some are traumatic events, while others are joyous times. A few are otherwise mundane moments that are somehow significant to us. For example, I have several “memory snapshots” of my experiences at a summer camp that I attended as a child. Sitting along the lake, praying in a wooded amphitheater, taking a walk by myself in a nearby park. These memories are burned in my memory and I can recall my feelings at those moments, as well as the visuals — especially the light. No photo was taken, and these weren’t particularly important moments, at least from an objective point of view. But somehow, they were significant to me. Those moments help define my memories of my childhood.

As I discuss in Active Consciousness, the so-called “orbs” that many people are talking about and have been captured in digital photographs may actually be what the Buddhists call tulpas — thought forms. Is it possible that these orbs or tulpas are formed when we take mental snapshots that become significant to us? Maybe that’s why orbs tend to form in places like churches, spiritual retreat centers, music halls, parties, and the like. People are really having experiences in those places that will always stay with them.

And consider this. Those experiences may not only be memories etched in people’s minds, but live on as separate entities, with a kind of existence of their own. They can even be photographed! Indeed, is it a coincidence that the very act of taking a photo tends to create a vivid, living memory for us? Does the act of taking a photo also create an orb? Is that why some native cultures are averse to being photographed, fearing that some part of themselves is being stolen? Is it possible that they are right, and that the creation of an orb or tulpa through the act of photography is actually taking some kind of “piece” out of them? Or is the reverse true, with the act of photography actually enhancing their life by creating vivid memories?

In any case, photographed or not, my guess is that what helps create orbs, tulpas, or vivid memories of particular moments in our lives is our degree of presence. How many of us can recall a particular moment of processing Email, yakking on Facebook, or driving to work — a month later?

But if you are really in the Now, and especially if you are receiving some kind of information, experience, insight, or feeling that is significant to you (perhaps through contact with your inner Self), you may very well remember it. That’s one reason why people are thrill seekers — they have to be in the Now. The creation of a thought form or vivid memory is just a natural byproduct of a thrilling experience.

But every moment can’t be a bungee jump. That’s why it is so important to learn how to be present, to be in the Now. My guess is that the more we capture moments in this way, the more fulfilling our lives will be. We won’t just be doing the “same old, same old”. We will really be living.