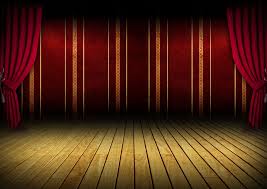 All the world’s a stage,
And all the men and women merely players.” -Shakespeare

Anyone remotely familiar with Shakespeare knows that he sometimes employed the use of a commentator or “observer” in his plays, who periodically remarked, often satirically, on the action. Unlike a mere narrator, however, this type of character speaks essentially as a member of the audience, openly acknowledging that, yes, this is a play. In theater, this device is called “breaking the fourth wall,” with the idea that the stage has three walls (two sides, one back), with the fourth being the imaginary wall between the players and the audience. Wikipedia describes it as follows:

“The fourth wall is the imaginary “wall” at the front of the stage… through which the audience sees the action in the world of the play…. Speaking directly to or otherwise acknowledging the audience through a camera in a film or television program, or through this imaginary wall in a play, is referred to as “breaking the fourth wall” and is considered a technique of meta-fiction, as it penetrates the boundaries normally set up by works of fiction.”

Recently, while attending a meditation workshop with my teachers Gary Sherman and Ellen Miller (whose work I discuss at length in Active Consciousness), I realized that the process of gaining awareness and accessing the internal observer Self is much like breaking down the fourth wall of our minds. Our constant mental jabber, our “stories” and narratives, are much like a play or movie in which we are the actors. Most of the time, we are very much swept up into our personal screenplays and stage dramas.

But just as a play or movie is the creation of a writer, actors, and director, we need to remember that in reality, we are fashioning our own lives. Gaining awareness, getting in contact with our Inner Observer — essentially getting into alignment with our Inner Self — is much like realizing that, yes, this is a “play”, this is a “story”, that we are creating. We are engaged in it, but in truth, we are separate from it.

Breaking down your fourth wall will also enable you to more easily ask yourself questions like: What is this plot teaching me? What lessons are each of the characters in my “play” wrestling with and learning? How can they engage within one another in a more beneficial way? As the Sufis say, the goal is to “Be in the world, but not of the world.” Yes, be a player on the stage of your life, but also know that you are much more than that and that something much deeper is going on.

Breaking down the fourth wall of the fiction of your mind can also enable you to be more light-hearted and trusting, knowing that not only may there be a grander purpose or “plot” at work, but that you are simultaneously a co-creator, director, and producer of the action. If all the world is a stage, then each of us can help to create a wonderful and joyous play, one from which we all learn, grow, and benefit. Let’s put some “play”-fulness back into the play of our lives!