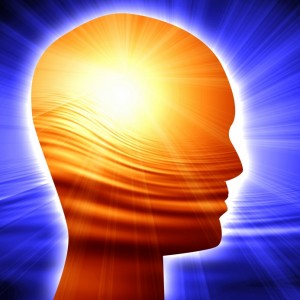 In Chapter 5 of my book Impossible Cure, I emphasize the fact that all disease is psycho-somatic in nature — that is, is reflected in our entire state being, which includes both our “soma” (our physical body), as well as our “psyche” — our emotions and mental state. In my second book, Active Consciousness, I suggest that there are even more components of our being, at even higher levels of the complete energy body.

Homeopathic medicine is one of several holistic medicines that understands this fact deeply; indeed, I believe that the psychosomatic nature of disease is more fundamental to homeopathy than it is to any other modality. Every true homeopath knows that the core vibratory state of our vital force — the state they are trying to match to that of a curative homeopathic remedy — can be detected in any one of many unlikely places: in quirks of behavior, food cravings, idiosyncratic physical aches and pains, and especially the patient’s unique emotional state. Almost all disease arises out of some kind of disturbance to the vital force, and more often than not, that disturbance is emotional, whether the patient consciously knows it or not.

The late Edward “Chris” Whitmont, a psychiatrist and student of Jung as well as an esteemed homeopathic thinker and author of Psyche and Substance, understood and wrote about the psychosomatic nature of all disease. As he pointed out, the homeopathic materia medica is a veritable encyclopedia of possible human psychosomatic states, whose emotional/mental/physical symptom patterns were elicited through remedy provings and through clinical experiences over the past 200 years.

Whitmont also related the curative action of the truly homeopathic remedy to Jung’s concept of synchronicity, a subject that I also discuss at length in my book Active Consciousness and in my articles about consciousness. As Jung and Whitmont point out, it is no accident that a watch may stop at the instant its owner dies, or that a person’s disease pattern reflects the symbolism of the substance that can cure them. That’s the synchronistic nature of our universe.

I recently had an experience that drove the importance of the psychosoma home to me. Starting with an emotional upset in January, I gradually developed issues with my lower back. By early February, they had intensified to become sciatica in my right leg. Eventually I even began to use a cane to walk. It was time for intervention! Luckily, I had several trusty tools available to me. One of them, of course, was homeopathy. I made an appointment with my homeopath and got some immediate relief from the prescribed remedy. After a relapse a few days later, however, I took another dose — causing a big enough aggravation that it forced me, finally, to penetrate the emotional origins of my pain more deeply.

I knew all along that the root of my pain was likely emotional, but I had also convinced myself that there were also physical co-factors at play. Nevertheless, I finally turned inward and faced what was going on. My second helpful tool was a book that had cured me of all back pain over twenty years ago — John Sarno’s Mind Over Back Pain.

Armed with the updated version of Sarno’s book — now called Healing Back Pain — I sat down, read it over the course of a few days, writing down every single thing that was bugging me, and acknowledging that my back pain was really psychologically and not physically-based. I had some emotional conversations with family members too. Et voila! — my pain was diminished by at least 90% over the course of just a 3-4 days. I’m working on the rest now, taking Sarno’s advice that every ache or pain I experience is really a signal for me to “think psychological not physical.”

Sarno is a medical doctor who has worked in rehabilitative medicine for over sixty years. His experience has shown that at least 80% — and probably more — of back pain in the USA is due to psychological factors, not physical, even when X-rays and MRIs and other doctors say otherwise. His method of treatment — based on simply providing the patient with knowledge and awareness — has cured thousands of people with much more longstanding, severe, and supposedly “physically-based” back pain than mine.

His ideas have also cured many other problems rooted in the emotions, including eczema, asthma, heart palpitation and arrhythmia, high blood pressure, gastrointestinal problems such as heartburn and irritable bowel, fibromyalgia, and more. All of these people’s problems weren’t “in their heads” — they were physically and even lab-tested as real. But their root was in psychological factors, not physical. As a result, taking meds or having surgery was ultimately just palliative or suppressive and did not address the root. The tendency of allopathy to treat disease using suppression or palliation is something that homeopaths and experienced homeopathic patients know all about!

I have no doubt that Sarno, who at base is an allopath and believes most alternative health modalities are placebo, would say the same of homeopathy. Yet even Sarno says that the hallmark of a placebo cure is that it doesn’t last — something that is not true of a good homeopathic cure. We who really know homeopathy know that it truly cures because it too gets at the root, which includes the psychological. Indeed, remedies are very often chosen based primarily on the emotional and mental symptoms, even for physical diseases. I tell the story of one such case — my own! — in Impossible Cure. In that case, I suffered from an intransigent month-long bronchitis that did not yield to any remedy until it was finally cured when I realized that the bronchitis was triggered by a fright and then took Aconite.

Luckily for me and my back, a homeopathic aggravation finally led me to do the emotional work needed to heal. That is one way in which homeopathy can heal us, and it underscores a key point. We must participate in our healing. It is often not enough to take a pill or a remedy and sit back and wait. If we are to truly heal we must address all aspects of our being — our diets, our environment, our relationships, our behaviors, and our various habitual patterns, be they physical, mental, or emotional. An inspirational article that touches on this subject, was written by my own homeopath, Deborah Olenev.

It is true, an excellent homeopathic remedy can sometimes do the entire job, and what a miraculous blessing it is when that happens! In other cases, however, a good remedy provides a key that unlocks the door to a process that we must then actively pursue. In such cases, the remedy guides and nudges us along, but we must participate in our own cures. Healing, and indeed, the unfolding of our lives in general, is ultimately a cooperative ballet of energy, inspiration, and action.