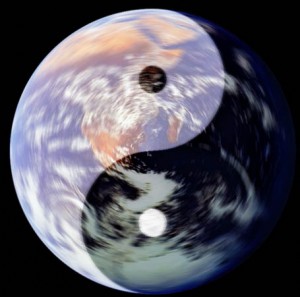 My husband Steve and I just recently returned from a trip to Sydney Australia, where we visited with our son Izaak. Izaak walks two miles each way to work each day, and he had us walking great distances in Sydney too. Indeed, we noticed that almost everyone there walks to where they need to go — and that the majority of Sydney’s inhabitants seem to be no more than 35 years old! Just as in San Francisco and, increasingly, many other cities around the world, young people are moving into the city centers. It may already be obvious to many, but this trip made me realize that my generation’s flight to the suburbs is over; a new age of urbanism is upon us.

As it turns out, periodic movement into and out of urban areas is a well-known phenomenon. Looked at over time, cities have a natural ebb and flow to them. I guess that’s not surprising — cycles are characteristic of all life. Movement and change is the nature of all healthy living things. Without that, living systems would take one way tickets to explosion or decline — death in either case.

Actually, that’s the meaning of the Yin/Yang symbol. Within the dark formative energies of Yin is a bright spot of impending Yang. And within the lightness and power of Yang is the inevitable withdrawal into the quiet of Yin. The cycles between Yin and Yang are inevitable and life-giving.

Reflecting upon the natural flow into and out of cities, I also realized that in many ways, cities are breathing — in and out, in and out. Indeed, if you look at things from a large enough perspective, almost everything in nature breathes in this way. Over the millions of years of life on Earth, the seas have risen and fallen. The glaciers have formed and receded and formed again. The mountains rise and then erode away, only to rise again if volcanic action returns. The stock market goes up and then down. The liberals and conservatives take their turns. Although some civilizations rise and then disappear, they are replaced by new ones. Living systems breathe as does each individual living thing.

Of course, not all changes are welcome to us. Most of us do not like to experience decline. And we must do what we can to mitigate the damage that we humans have done to disrupt or exacerbate the breathing systems of our beloved Earth.

But there is also a kind of solace and tranquility that can be found in accepting the natural flow of life. Things come and go. Fortunes rise and fall. I remember that my mother, a lifelong worrier, developed much more equanimity about things in her later years. Almost 95 years of life on Earth had taught her that, in the end, things somehow tend to work themselves out.

I must admit that I too tend to be a worrier and “striver.” And of course, one of the key messages in my book Active Consciousness is that each of us is a key player in the evolution and development of our world. We have more power than we realize!

But recently, my readings and meditations have also helped me develop a deeper level of Trust. While it certainly is in our nature as humans to struggle (indeed, struggle has helped us to survive), I have come to realize that it is also in our nature to gradually develop a wise knowing that some kind of deeper power is always at work. In other words, part of our job as co-creators is to trust that all is occurring as it should — indeed, as it must.

As I write in Active Consciousness, we must not only envision our future; we must also develop the ability to Let Go. Remember to breathe — in and out. And know that all of life is breathing too.