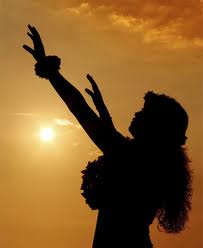 In past articles (5/13, 10/12), I have discussed the valuable teaching of the Hawaiian shamans or kahunas. Recently, I have expanded my studies on this subject and have been struck by how well this system of knowledge and wisdom aligns with the information I put forth in my book Active Consciousness.

One book that I highly recommend is The Secret Science Behind Miracles by Max Freedom Long. Long was an American man who lived in Hawaii in the early 1900s and made it his mission to discover and record the Kahuna knowledge before it disappeared completely under the overwhelming influence of the white man. As Hank Wesselman points out in his excellent book The Bowl of Light, which also describes the cosmology of the kahunas according to the teaching of one of the last kahunas, Kapuna Hale Makua, very few if any authentic kahunas now remain.

Max Freedom Long’s mission was given a real boost when he made the acquaintance of another white man, Dr. William Tufts Brigham, who had pursued the same quest and was already elderly and near death when Long met him. Brigham had witnessed many of the acts of the kahunas first-hand in the 1800s. Both men took a scientific approach in their investigations, and both were inspired by the scientifically-minded work of the Psychical societies and Spiritualist churches active at that time — the mid-1800s to the early 1900s.

In this short article I will outline some of the key concepts of the kahuna system and their relationship to what I describe in Active Consciousness. These concepts form a cosmology that underpins the kahuna understanding of reality that enabled them to perform many amazing feats of healing and psychical powers. For example, the kahuna system fosters:

▪ the ability to perform and understand various phenomena that are otherwise unexplainable, such as fire-walking, de-materialization and materialization, instant healing, communication with the deceased, and more;

▪ the use of this secret knowledge to benefit the world, including the healing of illnesses, both physical and emotional;

▪ the proper conduct of one’s life in relation to others.

It is interesting to note that the secret knowledge of the kahuna system was orthogonal to the Tahitian kapu system and power structure of the Hawaiians chiefs. According to Long, the kahuna knowledge did not originate in Tahiti, but rather was passed down from sources far removed from the Pacific — perhaps from pre-historic times in places as far away as Africa.

As I have described in earlier newsletters, the kahunas believe that each human is composed of three souls, all of which continue on beyond death. Each of these souls primarily operates in the realm of specific forms of energy — in my view, different layers of the human energy body as described in Active Consciousness.

The “Lower Self” — the Unihipili. This Self primarily functions in the physical and etheric realms.

The “Middle Self ” — the Uhane. I believe this Self functions in the etheric, astral, and possibly mental realms.

The “High Self” — the Aumakua. This Self likely functions primarily at the astral and higher levels.

What is quite unique about this system is that each of the three Souls or Selves have specific delineated abilities.

The Unihipili (Lower Self) is concerned with maintaining the function of the body, is the seat of emotions, and is the seat of memory. However, it has no higher level reasoning ability. That is why our Lower Selves can watch a movie and cause our bodies to react as if the movie were real. In some ways, the Unihipili functions as our “animal selves.”

The Uhane (Middle Self) is concerned with rational thought and reasoning. Interestingly, it has no ability to retain memory itself, which is the domain of the Unihipili. The role the Uhane is as the “boss” of the unreasoning (but still powerful) Unihipili. Unfortunately, our reasoning Uhane sometimes causes a suppression of memories and feelings of the Unihipili that it considers to be irrational or unacceptable. The result can be physical illness — the only avenue left to the Unihipili for expression. As I described in a recent homeopathy-related article, and also in a past article about the lower or basic self, the best approach to such illnesses is to proactively bring these feelings and memories back to light and to repeatedly work with and acknowledge the legitimacy of the Unihipili.

The Aumakua (High Self) is concerned with the deeper Love and Service of the highest realms. In addition, the kahunas believe that only the the Aumakua has access to information about the future. As surmised in Active Consciousness, this may indicate that the Aumakua is the part of us that has access to higher dimensional space.

Because the Uhane (Middle Self) has no memory of its own, any information that is transmitted to us from our High Self or from other spiritual entities must communicate through our Unihipili. That is why, in order for mediums to communicate with the dead, it is important for them to subdue their more skeptical and reasoning Uhane. This enables their Unihipili to receive information without filtering. The same reasoning explains why much useful information is transmitted to us while we are asleep. During sleep, our Uhane is essentially “turned off” while the Unihipili takes care of our bodies. During this time, the Unihipili is also freer to contact and remember the wisdom of the Aumakua.

One interesting aspect of the kahuna system of knowledge that relates directly to ideas in Active Consciousness is that the memories of the Unihipili are said to be stored as “thought forms” in the realm of “shadowy substance” that the Hawaiians called Aka. Aka is essentially the substance of the etheric level, and, as discussed in Active Consciouness, I believe that these thought forms are likely the same as the orbs now showing up in photographs (and which I also discuss in the 10/13 Active Consciousness newsletter). In Buddhist thought, they are called tulpas. Scientist and mystic of the 1700s, Emanuel Swedenborg, saw these orbs of knowledge as well, which he described as pictorial bubbles encoding knowledge.

According to the kahuna system, the thought forms created by the Unihipili, are used as seeds from the which the Aumakua helps to create our future. That is why it is so important not to succumb to the often fearful or worrying tendencies of the Unihipili and to try to create thought forms using our more rational Uhane instead. Our Aumakua can also communicate to us about our probable futures via dreams and psychic foresight (via our Unihipili) and thus enable us to make changes if we so desire. Our access to the Aumakua’s knowledge and power can likely be enhanced through meditative methods such as those described and taught in Active Consciousness.

In the future, I plan to write more about the kahuna system and its relationship to my model of Active Consciousness. In the meantime, however, I am heartened to know that, at least according to the kahuna system, my ideas are on the right track!