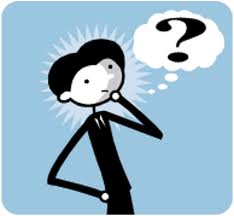 I have written several articles in the past about the various possible reactions to homeopathic remedies and what these responses mean (October 2013, March 2013, April 2012). But sometimes, you’re not really sure if anything is happening at all; or, if you’re doing much better, whether it was really the remedy that caused your improvement.

I suspect that the latter conundrum is really the more common problem. As I discuss in Impossible Cure, the healing that can occur with homeopathy can often be so gentle and natural that it doesn’t seem like the remedy did anything. Somehow, you just got better.

For example, several years ago, a good friend of mine, who has suffered from severe coughing and respiratory symptoms for many years (often a sign of the Tubercular miasm), was experiencing a bout of these problems when I convinced her to see my homeopath. The prescribed remedy significantly alleviated her coughing for quite a while. But I had a hard time convincing her to return to this homeopath when the problems recurred. I think part of the problem was that she, like many people, have a hard time believing that homeopathy’s tiny little white pills and infrequent dosing can possibly pack the punch they most certainly do. In her case, she preferred to work with a more “hands-on” practitioner and a healing agent that requires more frequent dosing, like herbal medicines.

Another friend of mine is a scientist and rather skeptical of homeopathy despite our friendship for many years. I have long suspected what her remedy is, however. At the very least, this remedy could be very instrumental in her case. Several years ago, I convinced her take a single high 200c dose of this remedy; I knew I only had one shot and wanted her to really feel its effects. The next day she experienced such alarming heart symptoms (an aggravation of her existing symptoms) that she ran to the doctor and underwent a barrage of tests. All was well, of course. The problems left soon thereafter and I could see a change in her demeanor and mood for a few months. A great remedy response! She, however, never believed that the remedy had done a thing. It was simply impossible for her to believe that a tiny white sugar pill coated with “nothing” could possibly have an effect. Impossible Cure!

No doubt, these kinds of experiences with my friends have been a bit frustrating to me. As a result, however, I have learned no one can be cajoled into trying or sticking with homeopathic treatment. It is a choice they must make for themselves.

But the truth is, homeopathic cures simply don’t feel like allopathic or even herbal cures do. As a result, it can be rather hard for some people to believe that it was the remedy that did anything, even if the effects were as plain as day.

As I discussed in my September 2012 newsletter, in an article entitled “Homeopathy Works By Activating Self-Healing”, it is important to remember that, unlike allopathic medicines or even herbal tinctures, nothing chemical is being done to the body by a remedy. Instead, an energetic message is being delivered to the energy body or vital force. This message then triggers a response in the body to heal itself. In other words, by its very nature, homeopathy works by activating a natural response driven by the wisdom of the body. As a result, it doesn’t feel like a forced chemical change. It simply feels like the body just finally healed itself.

Once a patient experiences this phenomenon, especially in a dramatic way, and then fully accepts that it was due to a remedy, they usually start paying closer attention to their body’s signals and rhythms and learn to understand when the remedy is “doing something.” They notice that their sleep is better, that their bowels or menstrual cycle are somehow better, and that problems that once irked them have somehow magically disappeared. But because it’s in our nature as human beings to quickly forget the pains of illness once they are alleviated, it can also be easy to dismiss the healing agent that triggered this change, especially if it somehow seems implausible to us.

Of course, there are also some patients who want a cure so badly that they will attribute the most miniscule of changes to a remedy. They desperately want to be good responders to homeopathic care. While it’s true that changes triggered by remedies can often be subtle and develop slowly, it is also true that, over time — certainly a few months — a good remedy should definitely create real and noticeable and objectively observable effects. If it does not, you may need more doses, a higher or lower potency, or a different remedy altogether. Please do keep working with your homeopath and be honest in your reporting. I believe that patients who are actively working on health problems should see or speak with their homeopath at least once every two months. Many times, patients just “give up” on homeopathy because the first remedy “didn’t work.” Maybe it didn’t. Or maybe it did — you just didn’t realize it. A good homeopath will be able to help you sort this out.

One good practice to help you and your homeopath determine your response to a remedy is to keep a symptom journal of some kind. About once a week, jot down the state of your current physical, mental, and emotional symptoms and what has transpired over the course of the week. Also write down any other treatments or supplements you are taking. So often, a response to a remedy is completely confused or even antidoted by other treatments. This journal can then help you to better understand and see what is actually happening in your case and to report it back to your homeopath at your next appointment.

Finally, don’t forget that the effects of a remedy can often last for many months. Right now I am riding the effects of a 200c dose of a remedy I took in February. Here it is — the end of June — and I suspect various things going on in my own case may be attributable to this one dose.