↓
Home→Homeopathy→The Times They Are A’Changin 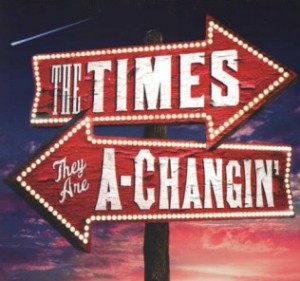 Fall is in the air — the end of summer, time for a new school year, time for the Jewish New Year too. In so many ways, fall always feels like a time of metamorphosis. The spring opens forward, but the fall folds within, like a caterpillar building its cocoon in preparation for a whole new existence.

This year somehow feels particularly potent with a sense of change to me. World events seem rather ominous: the tensions between Russia and the West in the Ukraine; the utter chaos in so many sectors of the Middle East; the Ebola virus and concomitant panic spreading in West Africa; climate changes bringing unrelenting drought to the American West, unseasonable cold and rain, tornadoes, and hurricanes elsewhere. We even have a mysterious respiratory ailment hitting schoolchildren in the US.

And yet, despite the looming gloom, I feel a kind of kiddy sense of hope and even trust that all of this points to real positive transformation coming our way. The old structures are falling away, though they may be clinging with all their might — conventional medicine being one such structure. As unlikely as it may seem, the times they are a’changin — and the times really are ripe for homeopathy.

Take Ebola for example. Of course, the hope of a vaccine is being pushed as we speak. Let’s all line up! Not. Just as in the 1800s, horrible epidemics like Ebola are the perfect place where homeopathy may be able to shine. Why not at least give it a try?

With homeopathy, we don’t need to know how to combat the Ebola virus itself — only find the genus epidemicus based on the symptoms. We don’t need to send in teams of medical personnel with expensive equipment to protect themselves, we only need to send millions of doses of inexpensive remedies. Many of the snake remedies fit the bill for a disease like Ebola. Let’s have a team of expert homeopaths take cases remotely via Skype, build up a genus epidemicus set of useful remedies and an easy-to-follow protocol, and send in the remedies! What do we have to lose? Indeed, remedies like Aconite, Arsenicum, and others for the ongoing panic might also be helpful.

And instead of sending thousands of children in the US to the hospital when a mystery respiratory ailment hits, why not first try a remedy and at least see what happens? Some homeopaths are recommending an immediate dose of Aconite and parents are beginning to report success. Why not try this first? Sure beats thousands of dollars in medical bills.

The rise of hatred, fear, trauma, and chaos elsewhere — well, homeopathy could be an answer for that too. How often have I wondered what might happen if we could just give everyone in the Middle East a dose of a remedy that could address the intransigent fear, blame, hatred, violence, fundamentalism, and closed hearts of that region?

Indeed, I have heard it said that the 1918 flu epidemic, which occurred at the termination of World War I, was really an epidemic of the state of mind at the end of that horrific and violent war. In that case, it was the state of Gelsemium, the key remedy that helped so many in 1918. It’s a state of collapse after a horrible fright. The Boericke materia medica describes the mental symptoms of Gelsemium as follows:

“Desire to be quiet, to be left alone. Dullness, languor, listless. Apathy regarding his illness. Absolute lack of fear. Delirious on falling to sleep. Emotional excitement, fear, etc, lead to bodily ailments. Bad effects from fright, fear, exciting news. Stage fright. Child starts and grasps the nurse, and screams as if afraid of falling.”

So what remedy does the world need now? Is it Aconite?

“Great fear, anxiety, and worry accompany every ailment… Delirium is characterized by unhappiness, worry, fear, raving… Forebodings and fears. Fears death but believes that he will soon die; predicts the day. Fears the future, a crowd, crossing the street. Restlessness, tossing about. Tendency to start. Imagination acute, clairvoyance…Feels as if what had just been done was a dream.”

Anyway, all we are saying is — give Homeopathy a chance!

Well, maybe there are glimmers of hope.

1. Dana has been invited to speak at the prestigious Commonwealth Club in San Francisco. This kind of invitation would have been unthinkable a few years ago. His topic will be: “The Cutting Edge of Science: Homeopathy and Nanomedicine”.

2. A mainstream medical journal, the American Journal of Therapeutics has just published a paper acknowledging that, yes, Arnica works! “Effectiveness and Safety of Arnica montana in Post-Surgical Setting, Pain and Inflammation.” Maybe Arnica will be the remedy that turns the tide for homeopathy in the medical world, just as it has convinced so many people, all over the globe, of the miraculous healing power of homeopathy.

Let’s see where this fall of 2014 takes us. Hopefully to a transformational and much more positive new year.