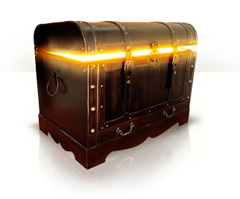 In his foreword to my book, Impossible Cure, homeopath Richard Pitt wrote the following: “Like a hidden treasure sitting in a basement for two hundred years, the jewels of homeopathy need to see the light of day.” How true!

At this time of year, as we pause in thanks between Thanksgiving (in America) and Christmas, Hannukah, and other holidays that celebrate gratefulness, gifts, and a yearning for renewed light in the world, it seems like a perfect time to also reflect with gratitude upon the immense gift of homeopathy. Why this treasure of healing remains largely submerged in scorn, I still cannot fathom. Homeopathy’s critics say it is simultaneously useless, empty, and dangerous. Obviously, homeopathy feels threatening to them — and perhaps rightfully so. Because once the treasure of homeopathy is let out into full view, many of the accepted medical practices of our time will seem useless, empty, and dangerous. Perhaps our critics simply project their own fears of inadequacy?

Despite everything, homeopathy continues on, as it has for 200 years. New studies prove its clinical effectiveness each day, despite relatively meager funding. Intrepid homeopaths heal the supposedly incurable all over the world, sometimes working against a tidal wave of objections and derision. Respected scientists — even Nobel Laureates — continue to uncover secrets that buttress Hahnemann’s discoveries — that succussed ultradilutions actually do carry amazing information and power — despite the fact that they often lose credibility and funding for research once they do so. In the end, I feel certain that the truth of Homeopathy will ultimately prevail. Hopefully it will not take another 200 years!

As we approach the end of 2014, here are a few inspiring videos and articles to view that underscore the power and promise of the treasure of Homeopathy. Thank you, Samuel Hahnemann, for discovering it!

Another successful Indian study of homeopathic treatment of autism!
“Effectiveness of homoeopathic therapeutics in the management of childhood autism disorder”

More information about structured water by a highly respected scientist…
I just began reading Dr. Pollack’s recent book on the fourth phase of water. You can watch this award-winning professor deliver a talk about his research at the University of Washington here:
The Fourth Phase of Water: Dr. Gerald Pollack at TEDxGuelphU

Homeopathy continues to make a difference in Africa
More news about the successful work of two organizations:
* Jeremy Sherr’s clinic in Tanzania
* The controversial but amazingly powerful work of the Amma Resonance Healing Foundation

Homeopaths Without Borders (HWB-NA) continues to make a difference in Haiti
Instead of simply providing homeopathic care, the homeopathic training provided to nurses in Haiti has been so successful that they eagerly await their training sessions provided by HWB each year. You can learn more about Homeopaths Without Border’s latest trip to Haiti on their Facebook page.

And now for your amusement!

▪ From Dana Ullman: How the AMA Got Rich and Powerful

▪ From the National Center for Homeopathy:
Little Women – Did you know this classic movie includes a scene featuring homeopathy? Twenty years ago, in December of 1994, the third motion picture adapted from Louisa May Alcott’s Little Women was released, and for many a new holiday classic was born. The homeopathy community was certainly abuzz on the World Wide Web about the movie staying true to Alcott’s appreciation for homeopathy. One scene that many of us in the community watch, rewind, and watch again is when the lead character, Jo, is pouring over the materia medica trying to find a remedy to help her very ill sister, Beth, and exclaims “She’s burning up, but she says that she’s freezing. She has a terrible thirst, but she won’t drink. Sounds like Arsenicum, but she looks more like Belladonna.” The movie borrowed an actual antique homeopathic remedy kit from our very own NCH Board of Directors member, Joe Lillard, to use on the set.