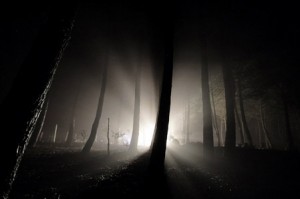 As we approach the darkest days of the year (at least in the northern hemisphere), all of us become more and more aware of the power of light. This power is echoed in the imagery and symbols of all the holidays celebrated at this time of year, from Christmas lights to Hanukkah candles to the solstice ritual of the Circle of Light.

This year, however, the power of Light seems to be taking on much more powerful societal meaning. All over the world, many different forms of darkness that have existed for a long time are becoming illuminated by the light of exposure. Much of this is happening because of the power of the internet and social media. As I discuss in Active Consciousness, the evolution of technology is always concomitant and interacting with an evolution in human awareness and consciousness.

Below are just a few areas in which long-existing darknesses in the human spirit are being exposed to the light and finally being noticed and acknowledged in a widespread way. Many more areas of darkness are coming to light each day and slowly becoming acknowledged by the mainstream.

▪ The rampant racism in the exercise of policing and justice in the United States.
▪ The troubling and widespread sexual abuse of women (and sometimes men) in the military; a coverup of sexual abuse and rape of women on college campuses; and the sexual abuse of children by clergy in the Catholic church.
▪ The existence of a sex slave industry right under our noses, even in the Western world.
▪ The collection of every form of data about every citizen in every country by organizations like the NSA.
▪ The officially-condoned denial of basic human rights of women (e.g., to education, freedom of movement, and self-determination) in many countries all over the world.
▪ Climate change is real and must be addressed by humanity (the pact between China and the USA is the first real shift in this area — let’s see if it sticks!)

Now, notice your reaction to the list above. It is quite easy to become angry, agitated, and full of fear and paranoia. That is how most of us react much of the time. But that isn’t why I’m writing this article.

My point is, these darknesses have been with us for a long time; the good news is that they are now being exposed to light. Something good is happening!

By reacting in fear and anger, we increase the power of the darkness. But choosing to instead feel joyful that the truth is finally coming out, and then doing something positive and hopeful to remedy these ills, spreads the power of light. A peaceful college rally that unites blacks and whites together in solidarity is so much more powerful than an angry riot! It may not seem to be so in the short term; but in the long term, the effects on people’s consciousness — for example, the consciousness and future life actions of those college students — is much deeper, long-lasting, and positive.

History has shown that the message of Martin Luther King and Gandhi is enduring. The light of positive action is so much more powerful than dark and destructive anger. You feel it in your heart. That is why Jesus said, “Turn the other cheek.” You don’t need to give up, just act in a spirit of love rather than react in hate.

As we turn toward 2015, let us commit to activating our collective intention and the active power of consciousness to increase the light of revelation in all the dark corners of our lives. While sometimes painful, facing the truth with love is the real path towards growth, life, and the evolution of our personal and collective human spirit.