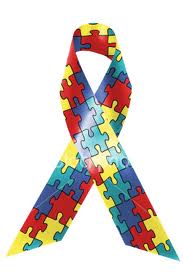 It’s already over a year since the last statistics came out from the CDC — saying that 1:68 children are now autistic. Since autism is much more prevalent in boys than in girls, that boils down to 1:42 boys (more than 2%) and 1:189 girls. In general, the CDC statistics are based on older data and incidence in older children, and thus are conservative and low estimates. In autism circles, the rate is now generally considered to be 1:50 children, not 1:68.

I don’t know how long the docs can keep saying it’s all due to “increased diagnosis.” Back in the 1970s, the incidence was only 1:10,000! This “excuse” for the autism epidemic has been going on for many years and is still the accepted mantra in the mainstream media. Shame on older pediatricians for going along with this, for they must know better. Older schoolteachers are usually more forthcoming, because they have less at stake. When the rate reaches 1:10 — at the current rate of increase of 10%, which has held steady now for many years, this is no more than 17 years away in 2032 — how will society be able to cope with such a profound change to our workforce and such an immense financial burden of care weighing upon our society?

Even the mainstream media has begun to admit that the environment, not just genetics, must be at the root of the autism epidemic. Yes, some families may be more predisposed to autism, but as the environmental triggers increase, more and more children become susceptible no matter who they are or what their genetics may be. After all, first just the canaries die in the coal mine, then everyone begins to.

So what are the environmental factors that have consistently gotten worse since the rate of autism began to rise precipitously in the 1990s? The answers seem pretty obvious to anyone who cares to think about it:
* the number of vaccines given to children, which continue to increase each year.
* the amount of GMO foods in our food supply.
* the amount of glyphosate (Roundup) sprayed on our foods (especially GMO foods, some of which are engineered to create their own pesticide internally!), in addition to other toxic pesticides.
* the amount of electromagnetic pollution we are all subjected to, with increasing use of WIFI, cell-phones, and increasingly, devices that we wear on our bodies or attach to our possessions.

Another factor that is talked about less and is certainly more controversial (so please forgive me if you think this is just a conspiracy theory) are the chemtrails being mysteriously sprayed in our skies. I became aware of them over 10 years ago and see them quite often, sometimes in the process of being laid down. Chemtrails are the “contrails” that do not dissipate, but rather, expand and grow over time. People have measured the aluminum and other heavy metals that these trails rain down upon all of us and that we inhale with every breath we take. Some surmise that they are some form of effort at climate engineering.

When you put it all together, we are all guinea pigs living in an increasingly toxic environmental stew. I shudder to think how American health will nosedive even further if Big Pharma gets its way and forces every child and adult to be fully “vaccine compliant” — no exceptions, no freedom or control over what is injected into our bodies. If these measures proceed, it won’t be too much longer before we are all subjected to some form of tracking to make sure we have each taken every pill or injection that Big Pharma thinks we must.

Sorry to be so gloom and doom, folks! But this is really what Autism Awareness Month should be making us aware of. Because the suffering and pain and financial strife of families with autistic children is just a portent of things to come for everyone if we don’t get informed and take a stand for our health and bodily integrity now.

Luckily (as I always say), no matter what is injected into us, rained down upon us, or crackling away in the EMF bands, there is hope with Homeopathy! That’s why we must also be ever vigilant to protect our access to it.

I’ll conclude now with a series of links pertinent to autism and vaccination that have come across my desk in the past few months.