↓
Home→Homeopathy→The Individuality of Disease and Cure 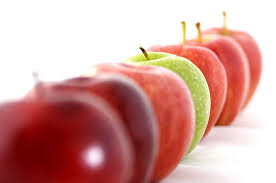 One of the most important distinctions between homeopathic and allopathic medicines (and indeed, a difference from many alternative medicines as well) is the individualization of homeopathic treatment to the patient, no matter what the disease “name” is. For example, there are numerous commonly used remedies in homeopathy for problems like cough or insomnia, whereas the conventional solution is usually a single suppressive agent — e.g, a cough suppressant or a narcotic to force sleep.

Naturally, this “take this for that” mode of prescribing makes the practice of allopathy much easier and quicker. It also encourages highly lucrative cooperative dealings with drug companies — companies that also enforce allopathy’s dominance (ensuring their revenue stream) with their extremely effective media machines. Suppressive allopathic treatment effects are often quite rapid and clear too.

But at what price? When a cough is merely suppressed or a patient is merely drugged into a stuporous sleep, is he or she really cured? In lucky cases, the origin of the cough or sleeplessness soon passes due to the inherent healing mechanism of the body and the whole episode is forgotten. Allopathy has “cured” them. But quite often, the tendency to have cough or insomnia will continue. The natural allopathic response will be daily cough suppressants or sleeping pills. Unfortunately, homeopathic philosophy tells us and experience shows us that the result of this may be the development of new troubling symptoms, often signs of even deeper disease.

Why is this so?

In much of my writings, some pertaining to my second book Active Consciousness (for example, check out these articles: 1, 2) I talk about the Hawaiian notion of the Basic Self, sometimes called the Unihipili. This inherent spiritual part of our being is the locus of the emotional self, stores all of our memories, and is also the primary controller of the vital force (the Etheric Body) and thus of the physical body as well. When feelings and memories are suppressed for whatever reason, a common pathway for the Basic Self to express itself is through physical ailments. Such ailments range from musculoskeletal problems (aches and pains, sciatica, carpal tunnel syndrome, arthritis, etc.), to stomach woes (diarrhea, constipation), sleep problems, respiratory problems, headaches, cancer, autoimmune diseases, and almost anything else. Although we (or our doctor) might find a “physical” reason for our problem, the root cause might actually lie somewhere else.

Another way of putting this, in modern terms, is that most disease that we deal with day-to-day ultimately results from factors such as stress, suppressed feelings, etc. But what modern terminology and ideas don’t tell us is that constant suppression of symptoms and ignoring of the Basic Self can force it to express itself in different or more emphatic ways — and that often means deeper and more serious disease.

Of course, some diseases are due to external causes. Accidents do happen. Toxins in the environment (including vaccines and other allopathic drugs) do poison us. Epidemics happen too — though our susceptibility to them is often determined by more internal, individual, factors, than by external “bugs”. Interestingly, in cases where causation is primarily external, non-individualized treatment (whether allopathic or homeopathic) often works best. And so we take Arnica when we fall down or isopathic remedies for poisonings.

Most of the time, however, the way a particular patient expresses disease is a result of his or her individual tendencies. These tendencies are influenced by genetics, but perhaps even more so, by the unique situation of that person and their Basic Self. Thus, to really cure problems such as coughing or migraines or insomnia or arthritis or even something like cancer or autism, a remedy must be found that finds the unique root within that person.

Indeed, sometimes merely identifying the root is enough for the Basic Self to let go. This may be the case, for example, if the root is an emotional event that needs to be unearthed, expressed, and acknowledged. This is the treatment recommended by Dr. John Sarno (see his amazing book Healing Back Pain, which I also talk about in this article) which can be applied to any type of disease. This strategy is also the basis for Hawaiian and other native shamanic techniques, which attempt to acknowledge and address the root through healing rituals.

Homeopathy can also address the root, but in a different way. Of course, the process of the homeopathic interview can often be useful in uncovering the root and therapeutic in and of itself. But even without this, the whole constellation of symptoms that a patient is manifesting usually points the way to a particular remedy that matches or is homeopathic to the root. Then, like magic, the application of this remedy essentially pulls out the root, enabling the wound to be healed. That is the real difference between allopathy and homeopathy: real cure — often “impossible” cure — instead of unending suppression and descent into deeper disease.

I’ll end this short article with a useful list of insomnia remedy differentials that appeared in the September issue of the monthly eNewsletter of the National Center for Homeopathy (which I recommend that you all support and join). While the perfect remedy for someone’s insomnia might really be any remedy that matches them as an individual, the short list of commonly-used remedies below illustrates that even in a case of simple insomnia, its root may lie in many places — from excitement to anxiety to anger to sadness — each of which is most effectively treated by the matching remedy.

[From the September 2015 NCH e-Newsletter]

Acute insomnia often develops in times of stress when you are unable to find the time to maintain your usual healthy habits. If recent events have you tossing and turning consider one of these ten homeopathic remedies:

Coffea cruda – Drinking coffee causes a wakeful, somewhat excited state, and homeopathically prepared coffee is indicated for persons in just that same state. This state is sometimes caused by joy, pleasurable excitement, or sudden happy surprises; as well as by unexpected bad news. Such a state may also be found in those who drink too much wine or those over-fatigued from long journeys. When the person lies down to attempt to sleep, the mind is simply awake with a flow thoughts and ideas.

Nux vomica – The patient can often fall asleep early, but awakens at 3 or 4am with great mental activity or worries. When the time to rise comes around, the patient finally feels able to sleep but instead must get up in a tired, irritable state. This type of acute insomnia is commonly brought on by the overuse of drugs and/or stimulants, including alcohol, coffee, and wine, or by overwork or excess studying. The typical Nux vomica patient is irritable, easily angered, and impatient—in short, a grump. They are often chilly, nervous, and excitable.

Aconite – The patient needing Aconite is restless and excited with an anguished kind of fear. Such a state often comes on in the early stages of a sudden acute illness, often after a chill. But this state may also be caused by a shock or fright, such as a serious accident, natural disaster, or operation.

Chamomilla – The patient is usually in an irritable, uncivil state. They are often frantic with pain or irritability and say they “cannot stand it.” They may have the peculiar symptom of being drowsy during the day, but unable to sleep in spite of sleepiness. This irritability is often found in teething infants who insist on being carried, or in adults that are up and pacing the floor.

Arnica – This is a well-known remedy for those with bruises and other sorts of trauma, and those needing this remedy for insomnia have often been in a recent accident or had recent exertion and strain. Such a state is known to travelers as “jet lag.” Many patients routinely use Arnica for jet lag with great success. The patient is overtired but cannot sleep and may feel bruised, or the bed may feel too hard. Remember Arnica for those who have nightmares of the accidents or the injuries that they have suffered.

Cocculus – Those needing this remedy are sleepless from exhaustion. This often comes on from loss of sleep associated with night watching or nursing the sick. Their sleep may be interrupted by waking and starting. Patients needing this remedy are often emotionally sensitive, easily offended, and intolerant of contradiction, or may be extremely sad. Motion sickness is a symptom often seen in those who will respond to this remedy.

Belladonna – Patients who need this remedy may be sleepy, yet unable to sleep. They often start or jerk suddenly during sleep or when falling asleep. Teeth-grinding during sleep is a common symptom. They are often restless. This type of sleepless state is often seen in those coming down with an acute illness or fever.

Gelsemium – Patients are often dull and drowsy, maybe even trembling. They cannot get fully to sleep; their bodies are still and they may appear asleep from the outside, but they are on the edge of sleep internally. Sometimes they start on falling asleep. When finally asleep they may have restless sleep. Or, conversely, they may have a sort of nervous irritation, much like the Coffea patient, that comes on from anticipation of an upcoming event.

Capsicum – Think of homeopathic Capsicum for those with sleeplessness from homesickness or similar emotional states, especially if they have red cheeks.

Staphysagria – Consider this remedy for those who are sleepless after a fit of anger or after a dispute in which their honor was wounded and they suppressed their anger. (Some of the other remedies mentioned, such as Nux vomica, Aconite, Chamomilla, and Coffea also may have sleeplessness after a fit of anger. Look at other characteristics to distinguish one from the other.) Patients needing this remedy are often snappish and take offense easily.

There are other remedies that might be considered for acute insomnia. If none of the above remedies seems to fit your situation, then look in one of the many homeopathic self-care books or a comprehensive homeopathic materia medica for other ideas. If, however, you have chronic, long-term insomnia, it’s best to consult a trained homeopathic practitioner.