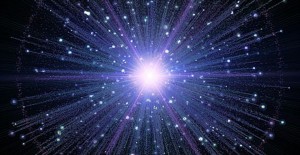 You might think that, because I write articles about spiritual subjects like consciousness and the evolution of the human spirit, I don’t also succumb to worry, fear, and despair at times. Wrong! I have my days, like everyone else.

When my husband Steve and I returned from our quiet summer vacation in Canada a few weeks ago and reentered our busy lives in the drought-stricken and fast-paced world of Silicon Valley in California, it was quite easy to get sucked into a feeling of despair. Suddenly there was a pile of mail to go through and problems to address, not to mention the insanity of politics and media that bombarded us — things we had put on the back-burner for a while. We always say we’ll carry the peace of our summer vacation back with us, but how quickly it disappears!

September is the time of the Jewish New Year and also heralds a new year for schools and universities (at least in the Northern Hemisphere). After some summertime carefree pursuits, most of us are beginning to hunker down for the grind ahead into Fall and Winter. And that means tuning back into the “real world” as well.

Let’s face it — it’s easy to become overwhelmed by the chaotic state of our world, all the injustices and sorrows and environmental degradation, much of it perpetrated by our own governments or communities. It’s so easy to become filled with hopelessness and despair. Despite the fact that we might suppress such feelings much of the time, down deep, most of us are also aware that the way we live our lives is contributing to this chaos and destruction. We go about life as usual, as if life is as usual. But we know it’s not.

So how to get beyond this state? How to dissolve the despair, move forward into a new year, move into the future?

There’s an admittedly somewhat corny saying that became popular during the late 1960’s: “Today is the first day of the rest of your life.” In the same vein, the Jewish liturgy for the New Year contains the phrase: “Today the world was conceived”, the idea being that the celebration of the New Year recalls the moment of creation itself.

In my book, Active Consciousness, I discuss the idea of the choice point — the Now from which all possible futures emanate — and the fact that each of us is a creator who can conceive and help direct the unfolding of our universe. Together, we are all co-creating the reality we experience, in a giant stew of collective power and transformation.

About a week ago, I attended an afternoon workshop with Barbara Marx Hubbard, whose work I discussed in my January 2015 newsletter and blog post. Barbara is so inspirational because she invites us all to help create a new story for humanity, one in which we all evolve into a new and better human species. In fact, she is quite convincing in her argument that all the turmoil we are experiencing is a sign that a quantum jump into a better world is coming. It is a message that inspires hope.

I believe that the felt acknowledgement of our innate ability to participate in the process of creation is also a key to dissolving our despair.

In past articles, I have written about Huna, a system for living and evolving consciousness based on ideas from Hawaiian mysticism. As it turns out, the Huna formula for creation, embodied by the Ha Ritual or prayer, is very similar to the process of creation and manifestation described in Active Consciousness. And of course, similar ideas can also be found in the rituals and esoteric wisdom of most religions.

However, the first step to any process of creation — really a prerequisite step — is to truly acknowledge that change and creation is possible. It’s saying — yes, it’s actually within the realm of possibly futures that my life and the life of all of us on Earth can be transformed for the better.

Now: Write it down. And read it out loud too. In my experience, these steps alone are very helpful in dissolving despair. One the reasons is that physical actions such as writing and speaking are very impressive to the Basic Self (which I have written about at length in past newsletters). It is your Basic Self that is in despair, not your inner High Self.

As you go about your day and find yourself bumping up against a wall of hopelessness, remember that Now is the first moment of the rest of your life. It is right Now that the world is conceived. It is up to all of us to create a new story for our world. And it is that story that will help bring it into being.