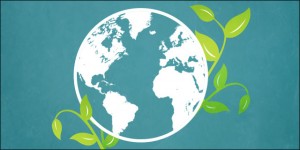 Two years ago, as I was mulling over the growing crisis of climate change, I realized that the only way we were going to have a desirable outcome was if we could inspire most young people to care and do something about it. And the only way that was going to happen was if most young people thought doing something about climate change and sustainability was cool and fun and positive. In other words, we needed a new worldwide “60s revolution” focused on these issues rather than on sex, drugs, rock and roll, and stopping war.

I came up with an idea for something I called LifePod. I wrote it up and sent it to a friend of mine who is a serial entrepreneur and venture capitalist. No response. In the world of Silicon Valley, apps for making our current way of living more convenient are what sells — not fundamentally changing our way of living.

I put my LifePod idea on the backburner and forgot about it. Occasionally I’d mention it to young people I’d meet to get their reaction. Recently, I’ve gotten a bit more of a positive response. Maybe the time for LifePod is coming.

But I also realize that I am not the person to actually make LifePod happen. I’m an author who writes about evolving our consciousness and about alternative health, not a businesswoman or entrepreneur or activist. Still, I think this idea needs to see the light of day. So I thought I’d share it with you.

Please share my LifePod idea on all your social networks. Tell your friends. Maybe the right person will hear about it and make it happen. Maybe you will! Let’s change the world!

LifePod:
A Vehicle for Cultural Evolution

There is a small but growing movement among young adults today that espouses what might be called sustainable living or “back to the land” values. Spurred by both financial necessity and an awareness of the imperatives of climate change, this group is embracing such activities as: growing their own food, raising animals like chickens and goats, learning skills like spinning wool, home cooking, natural home-based self-healthcare, fabricating clothing, building their own dwellings, sustainable energy creation and usage, and home-schooling of children.

These people, largely young couples in their thirties, are not as ideologically driven as the “hippie communes” of the 60s, but share some of their values. Their mode of living is exemplified by publications like Natural Life Magazine (www.life.ca/naturallife/) and the Transition Town and “eco-village” movements.

Unlike the ultimately unsustainable hippie commune experiments of the 60s, these individuals are meeting with success. In many ways, they are re-creating the lifestyle of rural American homesteaders of the 1800s— with the added benefit of modern technology. Indeed, modern technology plays an important role in the success of these efforts. The internet supplies videos and other documents that teach skills, social networks for sharing knowledge and inspiration, affordable entertainment in the home, the ability to generate income at home through internet sales and telecommuting, and on-line educational resources for home-schooled children. Solar technology even allows for the creation of locally grown energy. It is now really much easier to be self-sufficient than it was in the 60s, and certainly easier than it was in the 1800s.

This movement is growing, but it is still “fringe.” It does not represent a cultural sea change. The individuals interested in this movement are seen as outliers and their interests and values are not viewed by most people, and certainly most young people, as “cool”.

Today, most young people in their late teens and twenties are much more interested in Reality TV, what’s trending on YouTube, and texting nonstop with their friends. They are fully embedded in a virtual online world, but less interested in their physical Earth environment.

In order for a vigorous and ultimately peaceful response to Earth’s climate change to occur (in contrast to a cataclysmic and almost-too-late scramble for survival), many more people must embrace “natural living” values. In particular, many more young people must become genuinely interested in learning how to grow food and cook, in investing in their local physical environment, and in learning how to sustain their health and well being on their own. Think of it being like a “60s Revolution”, but instead of focusing on sex, drugs, peace, and love, it would be more about returning “Back to Earth”. Kids who think it’s cool to make their own bread and post that online.

One flaw of the current environmental movement is that it has generally had a negative focus. It’s been about the gloom and doom that awaits us, and fighting the forces that exacerbate climate change. While I praise eco-warriors like Bill McKibben for their fearless work, reading his book “Eaarth” was one of the most depressing things I have ever had to force myself to do. I could barely get through 20 pages at a time without putting it down out of sheer depressive exhaustion.

This type of approach will never be appealing to most people. Even when climate change is fully acknowledged and not denied, most people will prefer to stick their heads in the sand and hope for the best. People simply cannot use a bleak outlook as motivation for forward movement.

That’s why the required changes that must be made by humanity must be motivated by a positive, instead of a negative, vision. It’s true that folks like Al Gore are starting to articulate this, but it hasn’t translated yet to something that is motivating to most young people—and these are the people who really need to make it happen.

In particular, young people need to believe that this new way of thinking and living is extremely fun, life-giving, and yes, cool! They need to know that they will be happier and healthier when they get to know their neighbors and collaborate with them on growing food or animals and sharing resources. This vision of the future has to appeal to them. It has to be the new cool.

So how to get there?

I believe that this could be achieved through a kind of educational osmosis.

Opportunities for transmitting this new value system and knowledge would be placed in settings that young people visit frequently. Then, the ideas ands skills of the “Back to Earth” movement would slowly permeate their minds subconsciously. In order to have a large and widespread impact, these settings would have to be located everywhere—ideally, in walking distance of most urban and suburban dwellers. Think the local Starbucks.

Here’s the concept. I’ve decided to call it LifePod. I chose this name because a LifePod would embody the following qualities:

Take your local Starbucks and annex to it a space of about 2000-3000 sq ft. This space could incorporate the following elements:

1)   A small self-contained eco-system garden. Obviously, skylights or some form of outdoor light would be needed. I recommend that you view the awesome ideas and videos at www.gardenpool.org. The Gardenpool folks would be natural partners and perhaps could devise a small scale eco-system design that would work. People who come to have coffee at LifePod could check out the garden on a regular basis and would slowly become more interested in it. Perhaps some would want to take classes on how to maintain or create their own garden, or perhaps, in exchange for sweat labor, get some of the food grown in the LifePod garden.

2)   A small restaurant/kitchen that both serves food to the public and teaches cooking classes, ideally using the food grown in the LifePod garden.

3)   An area for local musicians to perform. In other words, the LifePod would become a social scene.

4)   A co-working space. The co-working movement holds many of the same ideals as the Back to Earth movement and might be a natural partner. People drawn to a LifePod might also work there, slowly creating a community of entrepreneurs and idea-makers invested in the Back to Earth concept.

5)   A power generating source, most likely a small solar array.

6)   Classrooms for teaching a variety of life skills. These might include sewing, knitting, weaving, spinning, woodworking, gardening, etc.

7)   Spaces for teaching health-creating activities such as yoga, healthy eating, and natural health modalities like homeopathy, herbalism, or massage. One might even imagine an office space where local healers could provide consultations to LifePod visitors.

My vision is that people, especially young people, would show up at a LifePod to do what they would do at any Starbucks or community center—drink coffee, have a bite to eat, hang out, listen to music. They would then see the cool self-sustaining garden on a regular basis. They would see flyers about classes. They would see a community forming there. It would be cool. It would be fun. It would be creative and social and inherently local. In fact, each LifePod would naturally evolve to reflect the local subculture of each specific place and group of people. The possibilities are really endless!

How can we make it happen?

Obvious partners for LifePod are Starbucks or another ambitious coffee chain, the GardenPool folks, and the co-working movement. Trial sites might be established in a variety of settings, both urban and suburban.

It’s possible that natural food stores would also be interested in annexing a LifePod space, though it’s important that people’s view of LifePod not be equated (and thus written off) as “eco” or “granola”. Rather, it should have the reputation of being a fun and cool place to hang out.

Although an alliance with a major corporation like Starbucks might be viewed as “selling out”, remember that the ultimate goal here is cultural shift and evolution, not cultural purity. It’s pragmatic and not strictly ideological, though I think a document outlining ideals and ethics should definitely be part of the founding charter.

Finally, it’s also interesting to point out that LifePod embodies all of the qualities and principles of sustainability:

I hope this article inspires you to devote your talent and expertise to expand upon and manifest my vision of LifePod!