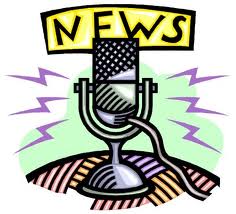 Here’s a bunch of interesting things that have crossed my path in the past couple of months:

Lately, I’ve been pouring through Jerry Kantor’s new book about autism treatment, Autism Reversal Toolbox: Strategies, Remedies, Resources. It’s fascinating! Definitely geared more for practitioners, but potentially instructive to sophisticated autism parents as well, it presents lots of interesting ideas about the causes of autism and strategies of treatment. The reader would benefit greatly if they were already familiar with concepts from Chinese medicine (which I am not). Although I think it leans a bit too much towards the esoteric rather than simplicity and clarity at times, I do appreciate that Kantor includes lots of ideas from other autism practitioners, not just his own experience.

Another interesting research study, about the success of using homeopathy for upper respiratory tract infections (URTIs) in children, came my way courtesy of Dana Ullman’s newsletter from Homeopathic Educational Services. You can read the study here.

I’m sure most of us are sick of hearing that autism isn’t really going up — that it’s only being diagnosed more. One of the explanations is “diagnosis substitution” — which means we are simply calling conditions “autism” now that we would have called something else in the past. A recent article in Frontiers in Pediatrics supplies a piece of evidence that “diagnosis substitution” is not true. Of course, any kindergarten or nursery school teacher (or honest pediatrician) that has been teaching or practicing for more than 30 years could tell you that autism really is skyrocketing. I would have thought a rate of 1:50 would be sufficient to wake people up. Maybe it will have to go to 1:10, which at the current rate of increase (and exacerbated by the growing vaccine mandates) will probably take less than 20 years.

Professor Robert G. Hahn is a physician, scientist, and professor of anesthesiology and intensive care medicine at Linköping University in Sweden. He is not a fan of homeopathy, but his curiosity about it was aroused by an emotional debate on the topic on Swedish television. As I have discussed before, some meta-analyses (discussed in my book Impossible Cure) show a very high average effectiveness ratio of 2.45 (245% improvement) over placebo. A later study, which was analyzed thoroughly and found to have been doctored in various ways, showed no such support for homeopathy. Of course, this latter study was touted in the media as final “proof” that homeopathy is a scam. Professor Hahn took up the challenge and analyzed the various meta-analyses. You can read his paper here. He summarized his research by saying “To conclude that homeopathy lacks clinical effect, more than 90% of the available clinical trials have to be disregarded [and] flawed statistical methods have to be applied.”

Take Action! I have written before about an FDA hearing about homeopathic remedies. An FTC (Federal Trade Commission) hearing took place in September. The anti-homeopathy forces seem most focused on advertising and labeling for remedies. But as I’m sure we all suspect, this is all just part the creeping campaign to destroy homeopathy altogether. To read more about how you can help preserve your access to homeopathic remedies by supplying your public comment to the FTC by November 20, 2015, visit the National Center for Homeopathy’s web page about taking action.