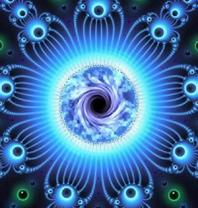 Most of us are familiar with the concept of synchronicity — the occurrence of uncanny “coincidences” that carry meaning. For example, one of the most common illustrations of a synchronicity is when someone’s beloved watch or clock stops the moment they die. Or consider what happened to my husband a few years ago. He left work very upset about his job, only to discover that as he drove home, his car stereo died. To make matters worse, when he turned on his home computer, the disk crashed irreparably and the keyboard died too! Despite being an expert computer scientist, he could not get any of these devices to work for nearly a week. I kept telling him that nothing would change until he faced his feelings about work.

Finally, while staying up all night trying to rebuild his computer operating system, my husband made a major decision about changing things at work. Suddenly everything began to function. In fact, when he got into his car the next day, the stereo system was mysteriously working perfectly as well. Only the keyboard remained dead. Was it my husband’s energy field that created these mishaps? Perhaps. Or was it synchronicity? Actually, both of these explanations could be true and are likely related to one another.

If you pay more attention and start looking for synchronicities in your life, you may notice that the most startling occurrences tend to happen at key junctures — when you meet your beloved, get the perfect job, or make a momentous decision of some kind. In general, though, synchronicities just seem to “happen”. They appear out of the blue. We may marvel with appreciation and wonder at them, but we have no idea what caused them.

In my second book, Active Consciousness, I hypothesize that the very existence of the phenomenon of synchronicity may tell us something profound about the way the universe is operating. In particular, there may be “fields of meaning” out there — for example, fields that carry the energies of “fear” or “love” or even much more specific types of meaning. The occurrence of synchronicities seems to suggest that events, dreams, people, objects, and locations imbued with the same energy or meaning tend to attract one another so that they ultimately coincide in time and space. As a result, we experience what has been called the “law of attraction.” For example, we might find that we tend to attract the very same negative experiences that we fear and dwell upon. Or, if we place ourselves into a state of “loving relationship”, we may suddenly meet our life mate.

But synchronicities don’t only bring profound experiences to us. In fact, if you pay attention and stay alert for them, you may notice that synchronicities occur much more often than you think. I give several examples in Active Consciousness, as well as in other articles I have written (for example, “The Magnetic Power of Consciousness”, “The Magic of Synchronicity”, and “Love is the the Air” — perfect reading for Valentine’s Day!).

Synchronicity also lies behind the success of divination methods, like the use of tarot cards or I Ching coins, or the shamanistic use of nature to provide signals to us. When we use these techniques, we begin by asking a question of some kind. Then we throw the cards or coins or look for signals that impart a specific meaning. These signals represent our answer, and they are produced through the underlying mechanism of synchronicity.

So what about homeopathy? As I write about in both Impossible Cure and Active Consciousess, psychiatrist and homeopath Christopher Whitmont surmised that the mechanism of homeopathic cure was related to the phenomenon of synchronicity. In particular, he said that because a remedy that is “homeopathic” to a patient is energetically similar to or exists within the same field of meaning as the patient’s disease (it can evoke similar symptoms to the ones the patient is experiencing), it can also “substitute” or displace the disease field within a patient’s body. Later, as the remedy field dissipates, the patient is freed from his or her disease.

Samuel Hahnemann, the founder the homeopathy, actually made a similar hypothesis about the action of his remedies. However, neither the concept nor the word “synchronicity” were to be invented for another 100 years — by psychiatrist Carl Jung, who was also a teacher of Whitmont.

Here’s my hypothesis: A “forced” synchronicity creates an amplification of energy that allows a significant and unusual change to occur — an unlikely fork in the possible trajectories into the future. What exactly happens at this juncture is likely affected by the underlying intention. In homeopathy, the intention is healing. The same thing occurs in a group therapy session for individuals suffering from the same problem. However, bringing together similar energies doesn’t always create healing. For example, in a riot, similarly resonating angry individuals trigger destruction.

Still, there’s something about homeopathy that’s seems different to me than group therapy or a riot. Perhaps it’s the fact that potentization — the technique used to produce homeopathic remedies, which both attenuates and transforms the energy of the originating substance — enables homeopathic remedies to reach the same level of subtlety at which synchronicity operates. After all, non-potentized substances do not create nearly the same curative effects, and the more potentized a remedy is, the more powerful it is! As all of us who have experienced a perfectly matching remedy know, the resulting shift in consciousness or physical health that can occur is often instantaneous and startling.

Finally, my parting question to you is this: In what other ways can we actively use the phenomenon of synchronicity to benefit and heal our world? Food for thought!