↓
Home→Active Consciousness→A Little Can Go a Long Way: How A Small Act of Reunion Can Break the Spell of Separation 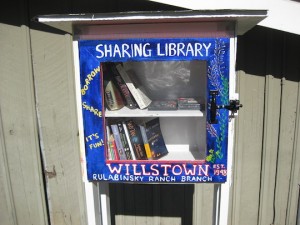 Lately, I’ve been immersed in the writing of Charles Eisenstein, a contemporary writer/thinker who is a leader in the effort to shift humanity into a new way of being — a fundamental change in consciousness so that we finally acknowledge our inherent unity with nature and each other. Charles is probably most well known for his writings about the “sharing economy,” but his interests extend far beyond the economic.  Recently, his books and articles have touched upon ideas closer to my own — about synchronicity and the inherent interconnectedness of meaning at all levels of reality.  You might be interested in listening to Charles’s interview of me from 2015, which touched upon these subjects, including its connection to homeopathy.  (Many apologies for the poor sound quality of much of this interview, but I believe it is still worthwhile listening.)

One of the things Charles points out in his recent book, “The More Beautiful World Our Hearts Know Is Possible,” is that force, control, and effort are unlikely to be able to shift humanity, at least not before the calamitous results of our current way of life become irreversible. Instead, it is likely to be small acts, small changes, that shift the tide and at least make the future more bearable. Much as in homeopathic treatment, it is small doses, even infinitesimal doses (if applied at just the right time and place) that can create the biggest shifts.  It is essentially the proverbial “butterfly effect,” in which the beating of a butterfly’s wings, if it occurs in precisely the right time and at precisely the right place, that precipitates a hurricane.

And consider this: How much more likely are such phenomena if we include in our conception of reality not only our perceived outer world, but also all the meaningful interconnections that exist at all levels of reality? As I discuss in my book Active Consciousness, if synchronicities are always at play, if the world is, at a deeper level, always operating via processes based more on meaning than on physical cause and effect, then small acts can have amazing effects — indeed, much larger  effects than force could ever achieve.

Of course, stories always make the point. That’s why we all love to watch YouTubes of people touched and even transformed by small acts of kindness. Here is a recent story from my own life.

I live in what has become a very wealthy neighborhood in the San Francisco Bay Area. When my husband and I moved there over 30 years ago, it was considered quite rural. We are on a septic system and, at the time, were fed by a water line managed by the neighborhood.  When that line failed, everyone pitched in to repair it. With a dozen houses on our private road, we all knew each other, but also valued our quiet and privacy. Geese walked down the street. A previous owner of my own house was the local butcher and at one time had 60 sheep grazing on our two acres.  According to neighbors, live chickens walked around the kitchen.

Times have changed and my neighborhood has become increasingly upscale. Our water line has now been incorporated into the main system, and there is also a sewer if you want to pay the big bucks to get incorporated into it (we are still on our septic). And while our road is still private, the county is increasingly making unreasonable demands for its widening and ultimate incorporation as well. Recently, a billionaire bought a large and beautiful field that had once been the habitat of herons and foxes and coyotes and deer.  He is building a mega mansion and riding facility.  At one point he even threatened to sue all of us over road maintenance issues. There goes the neighborhood.

Even before the billionaire arrived, however, the neighborhood was losing cohesion. Two summers ago I got the inspiration to create a “sharing library” box.  I envisioned it as something that would create an air of love and unity on the road.  I also started fantasizing that one of our barn outbuildings could become a kind of neighborhood hangout for drinks and conversation.

A few years before this vision, my neighbor Babette Wills died.  She and her husband Michael built the first house on our road.  In fact, they created the road itself with a plow in 1948 and built their house by hand. It was a bit on the rickety side, but it was an artistic masterpiece, with plaster walls emblazoned with works of art carved by their bohemian friends. The house was a center of counter-culture activity in the 60s, and even had an exterior wall carved with a peace symbol and the castigating words “Shame On Us” for the war in Vietnam.

And so, during my moment of inspiration, I also decided to name our road and neighborhood “Willstown” in their honor.  My library box would be the “Willstown” library.  Eventually, my husband built it, I painted it, and my husband and son installed it a few months ago. We threw a few books in and waited to see what would happen.

Perhaps it wasn’t a hurricane, but the reaction to the Willstown sharing library has exceeded my expectations.  I received a glowing email from almost everyone in the neighborhood.  The library is now filled with books and DVDs. People love it. Suddenly neighbors are talking to me more often. There is a more peaceful air on the road. My little act of love and unity seems to have shifted the mood. Maybe I should create that neighborhood “hangout” too… I’m considering it.

When I think about it, the beauty of a library box is simple yet profound. It is a small thing, but it is a symbol of the fact that we don’t need to hoard possessions as our own, but rather share them freely. It tells us that by sharing, by acknowledging our inherent interconnectedness, we are all richer. On our road, where each house is increasingly becoming larger, more luxurious, more full of personal “things,” and more separate and insulated from its neighbor, one little act of sharing packed a powerful punch that broke the spell, if only for a short time. What if my neighbor decided to freely share her pool with the rest of the road? I would probably get to know her better in a day than I have in the past 30 years. What if I told the whole road that they could use our exercise bike in the barn?

Our road includes so many talented people — a doctor, a lawyer, writers, a homeopath (me!), computer scientists, an engineer, a restauranteur, business people, a landscaper, a building contractor. We have a village on a little road. What if we more deeply acknowledged our connection to one another, rather than protecting and deepening our separation?

What small act of connection could you perform that would break the spell? 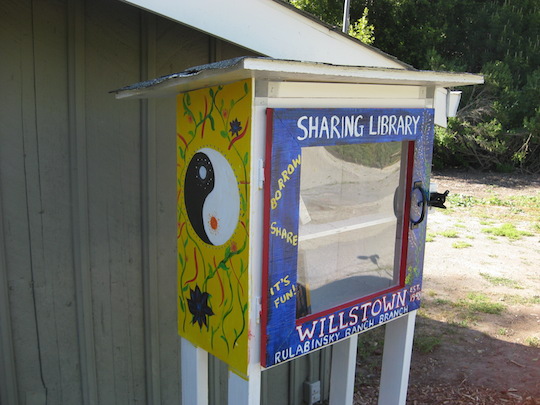 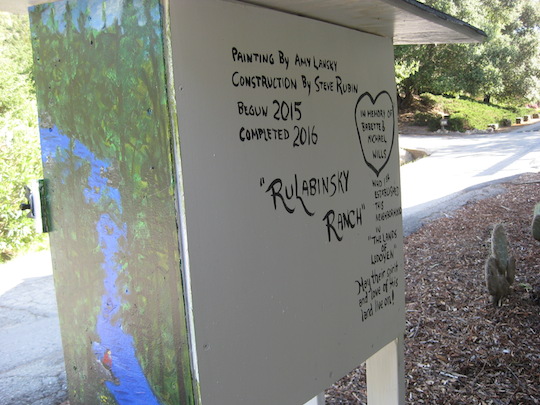