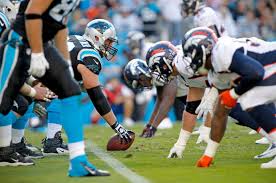 First, let me confess. I’m not a competitive sports person. No one in my nuclear family is. In fact, if any of us were to watch the Superbowl (or even know who was playing in it!), it would be me. And when I do watch competitive sports, I can get pretty worked up. In fact, I try to use the  intentionality tricks I describe in Active Consciousness to help “my side” win.

But in general, I don’t really care much for these kinds of sports, nor have I ever played them. I’m a solo sports woman — swimming and canoeing being my favorite forms of exercise. And playing on a team has always been an uncomfortable experience for me.

Truthfully, I’ve always assumed that my feelings about competitive sports were not only “antisocial” in some way, but even a sign of weakness. But a recent episode of the early 90s comedy-drama, Northern Exposure got me thinking otherwise.

By the way, if you’ve never watched this amazing TV show (or even if you have), I’d recommend getting into it. It was one of the first shows (or perhaps the first show) that featured excellent, sophisticated writing and amazing character development. It was a cult favorite at the time. Set in a small town in Alaska, Northern Exposure seems quite unusual in today’s TV landscape; it’s an hour-long show that dabbles in magical realism, combining comedy, spiritual themes (especially Native American wisdom), emotional depth, romantic tension, and often profound explorations of life’s deep questions. And it’s a great show to watch before bedtime — no fear and angst! Really, I can’t recommend it enough. Each show makes you think too. In fact, the show has often provided inspiration for my writing.

This happened when I recently watched an episode entitled “Birds of a Feather.” As is often the case, several parallel story lines explore this theme throughout the show. In one thread, a character named Holling confesses that he loathes baseball and all team sports. The irony is that Holling is probably the most “manly” man on the show. He owns and runs the town’s bar/restaurant, is an accomplished hunter, and is the kind of guy who, in one episode, felt the deep need (which overcomes him every few years) to plow a field by hooking himself up to a plow! Not only that, but he is in his 60s and is married to the hottest girl in town — who is around 20. That’s not as creepy as it sounds. He’s just that virile.

But Holling is also a thinking man. Although he endures his customers always watching the games on his bar TV, he finally can stand it no longer. When the “secret” that he hates baseball comes out, he becomes the butt of jokes around town. He says to his wife Shelly, “For people to judge a man’s worth and his very manhood according to the way he feels about sport and not to recognize it for the piddly inconsequential goings on that it really is… What is it really? It’s nothing! Right? It’s just a game!“

Later in the show, Holling wins a bar “pool” on a baseball game and is teased mercilessly by all the guys. In response, Holling turns off the TV and gives his winnings to another man at the bar whose life revolves around the game, saying, “Aren’t you the man who watches all those grown men chase little balls around all the time — half your life doing that!” He then continues, “You people. You think a man’s a man because he wears team colors and guzzles beer in front of the tube? Can’t you see boys, the sands of time are dribbling through the hourglass. Don’t you ever thirst for a little discourse, hunger for a little knowledge? Can’t we even try a little “Face the Nation” for a change, I mean maybe a little CSPAN or Discovery Channel? My God! There is a whole world of information on that thing. I mean all about pygmies and whales and the Battle of Verdun. Would it pain you so much if we watched my programs for a bit?“

I found myself wowed by this exchange. Today’s world, and perhaps especially the United States, has become more obsessed than ever with team sports. The money is huge. In fact, parents these days seem to care more about their kids’ sports team activities than about their school studies. Many teenagers are sleep deprived because they are over-programmed with these demands. My sons were “A” students at a challenging school, but had lots of free time after finishing their homework — because they didn’t have to spend hours before or after school on sports teams. And this was at a school that has become notorious nationwide for a recent spate of suicides by stressed-out, depressed teens.

I understand that competitive sports supposedly engender “team work” and are good for physical fitness. But let’s think more deeply about that. We can become physically fit by exercising our bodies in a million other ways. And are school sports teams really so wonderful? In my experience, they are often just another opportunity for competition, anger, stress, and shaming. Not to mention injuries that can plague people for a lifetime.

And what is all this hype about professional sports really about? People get so worked up at a game that they sometimes commit acts of violence against those supporting the opposing team! You might argue that humans are naturally violent and competitive and that it’s better to channel this aggression into sports rather than onto the battlefield. But is this really true? And do we really need to foster idolization of today’s modern gladiators, who sometimes ultimately suffer the same fate as their predecessors from Roman times, dying from sports-related concussions and other illnesses?

Truthfully, I’m not sure about the answers to these questions. But I am sure that the competitive sports phenomenon has only become more intense in my lifetime.

Why can’t we channel our energy — and especially our children’s energies — into other challenges? Like fighting for and tending the Earth, working to protect the lives of fellow citizens, or solving our world’s many other problems? Such efforts also require team work and often foster physical fitness too. Why is it more socially acceptable — or even required — to fritter our life away watching others play a game on TV, rather than getting out and doing something constructive for the world? Indeed, I think spending some time each day simply meditating (and especially, teaching our children to meditate) would be more constructive.

Something to think about.