↓
Home→Homeopathy→What Happens After the Dangers of Vaccines Are Acknowledged? 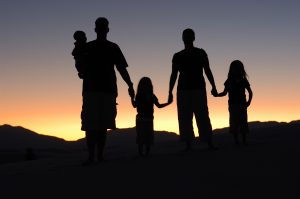 I hate to say it, but the storm clouds have only begun to gather. And what a storm it will be.

As discussed in my previous article, if nothing changes, the autism rate (and the rate of other types of neurological and autoimmune disorders becoming increasingly prevalent among children today) will only rise as the number of mandated vaccines increases and forced vaccination becomes the norm. If the vaccine industry were wise, it would begin to quietly make their products safer and stop the acceleration of this trend. Alas, this is not happening, at least not yet. Only 2% of children are now autistic, and look at what’s already happening in our society as vaccine wariness grows. What will happen when the rate is 10% of children? 20%?

Just as the medical complex inadvertently created the monster of antibiotic-resistant disease through overuse of antibiotics, they have also created a monster in the increasingly prevalent autoimmune and neurological disease among today’s children — most likely, thanks to the over-zealous use of vaccines. Indeed, today’s vaccines are even more dangerous than they used to be, due to the synergistic effects of ingredients like aluminum and polysorbate-80, which have been added to make them “more effective.” Unfortunately, these synergies allow bacteria, viruses, and toxic metals to cross the blood-brain barrier.

The medical-industrial complex now admits they are stymied by and fearful of the growing incidence of antibiotic resistant disease. How will they deal with it? More antibiotics? At least they are now trying to cut back on antibiotic use.

But how will they deal with the storm brewing as more and more families refuse to vaccinate — especially the industry is finally forced to acknowledge that they themselves have created the mess by grossly amping up the vaccine schedule, beginning in the late 1980s (when they were also indemnified for any harm they caused)?

Interestingly, the easiest solution to both antibiotic resistance and the vaccine-conundrum will probably only be found in something that most conventional doctors and Big Pharma will be loathe to embrace — alternative treatment modalities like homeopathy.

Truthfully, I understand the panic within the medical complex about growing vaccine wariness and what open acknowledgement of vaccine dangers will mean. Because weaning off our dependence on vaccination will be a complex challenge for modern society. Why?

Even if the general population does not understand it, most doctors do know that the two populations most vulnerable to injury from the childhood diseases are adults and infants. Most young school-age children are not harmed, and usually even benefit, from experiencing diseases like the measles, mumps, rubella, and chicken pox. Only 60 years ago, it was understood that a five year old child is supposed to get the measles; but a 25-year old or a 5-month old is not. Unfortunately, the vaccination campaigns have made the 25-year old and 5-month old much more likely to get the measles than before vaccination for the childhood diseases began. Why?

I am 61 (born in 1955). Nearly everyone my age got all the childhood diseases. I got them all. It was no cause for panic whatsoever; it was a normal part of life. (The “dangerous scourge” of measles often reported in the media actually occurred in third-world countries, that did not benefit from advanced sanitation and medical care.) In my childhood, when kids go sick with the measles or mumps or chickenpox, we just stayed home from school for a few days. The experience was no worse than a bad cold. In fact, I remember those days at home as kind of exciting, like a rite of passage. Parents would even take their kids over to an infected child’s house to “get it over with.” Afterwards, the child would become immune for life. Many pediatricians also noted leaps in cognitive development and robustness too. And since everyone got the diseases as children, every 25-year old was immune too. In contrast, today’s vaccinated adults do not have true immunity to these diseases. And even if they are repeatedly re-vaccinated, the net effect for many is only a weak immune response, or none at all.

And what about a 5-month old infant? Just 60 years, ago, because an infant’s mother was immune and breastfeeding, breastmilk usually provided sufficient immunity until the child was old enough to experience the diseases safely. Even the gestation process itself afforded protection to the infant for about a year. Unfortunately, however, as more and more vaccinated generations of moms accumulate, breast milk and gestation have become less and less protective.

So yes, slowly dismantling the wholesale use of vaccines will be tricky. But eventually, there may be no other alternative. How else will our society survive when most of our children are chronically ill and brain damaged?

Over the next few decades, as vaccine injuries and vaccine wariness grows, I fear that today’s media shaming and blaming may escalate into a full-scale witch hunt and ghettoization. It’s already beginning to happen here in California, with non-vaccinators (or modified-schedule vaccinators) forced to homeschool. Many families are leaving the state. Are we facing a future with the US population split into “vaccinated states” and “unvaccinated states”? Or even more gruesome scenarios?

Fortunately, there are some options. Here are some conventional medical approaches that could be utilized:

1) Adults could keep taking the vaccines. They are less prone to vaccine injury than children, and the vaccines will afford some level of protection, or at least render the disease less serious in adults. The danger, of course, is that the normally stable childhood diseases will mutate. This is already beginning to happen.

2) Sick children could be quarantined and cared for by truly immune individuals (such as their grandparents). Right now, this means people over the age of 60, but obviously, this population will age and decline in number, the longer we wait. Truly sick children could be cared for in hospitals or take immunoglobulin (see #4 below).

3) Babies’ immune systems could be bolstered by the use of various beneficial supplements, like vitamin A and D. And perhaps naturally immune mothers (as they grow in number) could provide breastmilk to help infants too.

4) A recent article by immunologist Tetyana Obukhanych, PhD points out (in an excellent article that stresses why unvaccinated children pose no risk to society) another therapeutic backup. Infants and other vulnerable individuals can receive immunoglobulin, a potentially life-saving measure that supplies antibodies directly against a virus to prevent or ameliorate disease after exposure.

Most promising, however, would be the use of alternative medical approaches — perhaps the foremost among them being homeopathy. The fact is, homeopathy has a proven historical track record in treating and serving as a prophylactic for epidemic diseases, including the childhood diseases.

Indeed, back in the early 1900s, the use of homeopathy was sometimes permitted (and was successful) as a substitute for vaccination during the smallpox vaccination campaigns. In modern times, population-wide experiments with homeopathic prophylaxis were recently conducted with success in Cuba, and have also been successful in South America during a meningitis outbreak.

Is it possible that, just as was true in the mid-1800s, the popularity of homeopathy will explode because of its success in treating epidemics? Let’s hope that necessity will open the eyes of skeptical medical authorities as the inevitable storm ahead hits us full on.