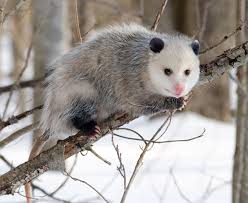 I just can’t resist telling you about an amazing synchronicity I recently experienced. For the past several years, I have utilized an excellent journal called The Sacred Journey. Among other things, it involves “pulling cards” from a divination deck of your choice to reveal a message for each month. I utilize the Medicine Card deck, based on the symbolism associated with various animals. Over time, because of the process of “conditioning” that I describe in Active Consciousness, the accuracy of these cards has grown to be increasingly apt, significant, and helpful to me.

Recently, I entered a period of time for which I drew the Opossum card in the “upside-down” position (the meaning of the cards differs, depending on if you pull them in a rightside-up versus an upside-own orientation). A couple of days later, I began to notice a peculiar smell in my bedroom. As it grew stronger, I realized that it was the odor of a dead animal. I live in the country, so an occasional dead rat in the crawl space beneath my house is a fact of life. “Oh great!” I thought. “Now I have to find that dead rat under my bedroom.” Before I got around to it, however, I was doing some qi-gong exercises next to the sliding-glass door of my bedroom, with the air from my outside deck blowing in through the screen. “Odd! That smell is now definitely wafting in from outside!”

When I was done with my exercises, I suddenly got the notion that I should look beneath the boards of the deck. And right there, just outside the door and beneath the deck boards, was a dead opossum! Talk about synchronicity! There was my upside-down opossum right outside my bedroom door!

Now, I have lived in my house for 33 years, and never have I found any dead animal under the deck, let alone a dead opossum. In fact, that part of the deck is very low to the ground and accessing underneath it is very difficult. Luckily, there was an access door within a foot of the opossum and I was able to pull it out and dispose of it in a place where I wouldn’t have to smell it.

You can be sure that I read and and re-read the Medicine Card message for Opossum after that synchronicity! The ways of the world are ever mysterious.