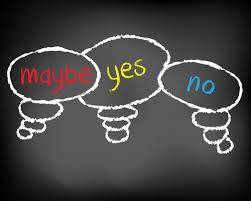 Homeopathy has aroused controversy ever since the time of Hahnemann — mostly because it posed a threat to the medical status quo. Yes, it has always been mocked as “ridiculous” by the powers-that-be within medical orthodoxy. But I believe that the outcry against homeopathy has been mostly motivated by the bottom line — that homeopathy has always achieved successes that conventional methods did not; that the underlying tenets of homeopathy point a finger at the dangers of (usually suppressive) conventional medical practices; that conventional doctors have been known to become homeopaths (at times in large numbers) when they realize its truth and efficacy; and especially, that the remedies, being essentially cost-free, pose a threat to those who manufacture medicines. 200 years ago it was the apothecaries that chased Hahnemann out of town because he was making his own remedies. Today it is the drug companies and the medical-industrial-complex that do all they can to undermine homeopathy. If homeopathy was a treatment of little or no consequence, this pattern would not have been constantly repeated for over 200 years, let alone still exist.

Several recent developments underscore the fact that this pattern is alive and well. The fact that things have been escalating may also indicate that homeopathy is gaining ground despite all efforts against it. Indeed, since modern science is getting closer to explaining the mysterious power of ultra dilutions, the threat of homeopathy grows ever larger.

A couple of weeks ago, I saw Just One Drop, Laurel Chiten’s new movie about homeopathy, at the Mill Valley Film Festival. I recommend that you visit the web site and check it out for yourself. Another filmmaker friend pointed out to me recently that the Mill Valley Film Festival is considered to be extremely prestigious. So the fact that they embraced Laurel’s film wholeheartedly (indeed, a film festival official spoke of his enthusiastic support to me personally) says a lot about both the movie and, perhaps, the future of homeopathy itself.

As I mentioned in my previous newsletter, I have been supporting Laurel’s valiant efforts to make this movie since the beginning, and I was thrilled to sit next to her at the film festival showing and have dinner with her afterward. Although Laurel interviewed and filmed many prominent homeopaths all over the world during the past eight years while she was developing Just One Drop, what eventually gelled the film for her was zeroing in on the ongoing controversy surrounding homeopathy — in particular, she ended up placing a special focus on the gross misconduct that apparently occurred during the development of a recent Australian study that dismissed homeopathy.

Of course, this kind of thing has happened before. For example, a third European meta-analysis of homeopathic studies that was negative, which was conducted after two previous positive meta-analyses, turned out to be plagued by fudging and subterfuge. In the case of the recent Australia study, a special effort seems to have been made to eliminate all positive studies of homeopathic efficacy from any consideration (even if they were extremely well-executed and highly regarded). Unfortunately, the world-wide media picked up and promulgated only the negative studies, while ignoring the positive ones. Personally, I believe this is due to the big money and influence that Big Pharma wields over almost all media.

While I might have enjoyed a greater focus on miracle cures in Laurel’s movie (though there were some), I was not the target audience of this film. Laurel’s goal wasn’t to play to homeopathy’s supporters, but rather, to provide a balanced expose’ to the general public. I think she largely succeeded. For example, my son Izaak, who lives in Australia and has many friends who dismiss homeopathy, felt that the film really has the potential to enable open-minded skeptics to open their minds just a little bit more.

Support for homeopathy and alternative therapies in general has also recently emerged from some wealthy donors. In September, the University of California at Irvine (UCI) announced a huge contribution of $200 million from the Samueli family to create a new facility and program to study “integrative” medicine. Nary a moment had passed after the announcement of this gift when the most prominent quackbuster skeptics (among them Steven Novella, who also appeared in “Just One Drop”) pounced upon UCI with denouncements, with the mainstream press (e.g., the LA Times) quickly echoing them. In this case, it wasn’t homeopathy in particular that was decried but the fact that UCI would dare give quarter to any form of alternative treatment. You can read Dana Ullman’s insightful article about this event here.

It remains to be seen what happens after this backlash from the media. Although Susan Samueli is a big supporter of homeopathy and studied it herself, it’s possible that examination of homeopathy in particular will be excluded from UCI’s program. But it is quite interesting that at a time when many medical schools are making some effort at opening their doors to complementary and alternative modalities, even just a crack, the Samueli’s gift was met with such intense opposition. Once again, I sniff Big Pharma at work — a sign that they are more threatened than ever!

Yes, these are interesting times. But I have no doubt that homeopathy will continue to survive as it always has. The question is whether homeopathy will grow (with its power potentially becoming usurped by the medical complex), or it continues along its merry way as a small, persecuted therapy for those who know about and appreciate true healing.