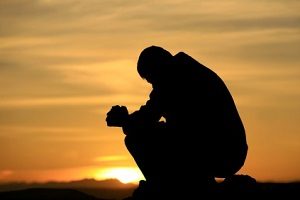 Here’s a phrase I’d like you to contemplate as we begin 2018: You are only as X as you want to be.

In other words, although we may consciously want something, we also, often unconsciously, put limits on it. For example, we think we’d like to be much wealthier, but what do we really think of wealth or wealthy people? Most of us have various beliefs about wealth or judgments about wealthy people. Do we actually put a limit on how wealthy we’d allow ourselves to be?

Or what about happiness? Do we really think it’s okay to be very happy most of the time? Or do we, instead, think we should only be happy sometimes or only somewhat happy, because: Our friends or relatives are suffering in some way, so it would be wrong to be too happy? Our parents were never happy, so we can’t or shouldn’t be too happy either? We have the belief that too much happiness will bring misfortune? We believe we should actually be unhappy most of the time because we feel that the world is going-to-hell in a handbasket? (Indeed, many of us engage in misery-fests online with friends. As the saying goes, misery loves company!)

You get the idea. Often without knowing it, we may think we want something, but there is a part of us that wants the opposite. And that limits us unnecessarily.

Think about it. Does being happy really bring misfortune? Or, instead, does unhappiness perpetuate misfortune? Does being unhappy actually help the world? Instead, wouldn’t your happiness and positivity help bring more happiness to others and motivate you to help others in a positive way?

I began thinking about this whole conundrum while working with the Sedona Method about various anxieties I have. The Method suggests that, instead of just releasing an anxiety about X, begin by releasing “I want to have anxiety about X”. It seemed odd at first — of course I didn’t want to be anxious about X! That’s why I was doing this!

Or did I want that anxiety? Does being anxious actually serve some subconscious desire of mine? Next, the Method suggests going deeper by examining how a particular want is actually rooted in a deeper want — especially three types of wants: the want to be secure, the want to control, and the want for approval.

Did I actually want to be anxious about X because it made me feel more secure to be anxious? More in control? Or was it a subconscious way of getting approval because my mom was always anxious about X? (Although my mom has passed, it doesn’t mean that I wouldn’t think I need to be “loyal” to her by being anxious just like her.)

Interestingly, I found that releasing my unconscious desire to have an anxiety was more powerful than releasing the anxiety itself!

As you enter into 2018 with resolutions and desires for a better new year, ask yourself: Do you put limits on yourself? After all, you can only be as “X” as you consciously or unconsciously want or allow yourself to be. As I discuss in Active Consciousness, part of manifesting anything is releasing those things that put a break on that manifestation — whether it be doubts or actually not wanting it to manifest.

Finally, if you do discover that you impose limitations on yourself, I suggest you decide to dig deeper and take a hard look within. But don’t berate yourself! After all, we all limit ourselves. Instead, take it as an opportunity to further excavate inner truths and by doing so, allow yourself to find even greater freedom.