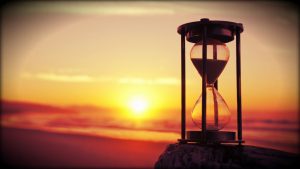 How often have you heard an advertisement that warns you to “Act Now! Before It’s Too Late”? Of course, most of the time, this kind of thing is simply a form of psychological manipulation. But there really are some things that have an expiration date.

I’m 62 and my husband Steve is 65. That means we know a lot of people in their 60s, 70s, and older. One thing we’ve consistently noticed is that as people age, they tend to become “more” of whatever they’ve always tended to be — especially those negative or childish traits. For a example, if a person has always tended to be selfish, they will likely become more selfish. If they have a tendency to be paranoid or angry, they will likely become moreso. You get the idea.

Why is this true?

The model of the complete human being described in Huna (a system of teaching based on ancient Hawaiian shamanism) provides clues to the answer. Our “Basic Self” is the part of us that is our primary driver until about age 8. It’s our impressionable emotional self, how we really feel deep inside. You might call it the subconscious, but it’s more than that. It’s the seat of our memories, the source of most psychic abilities, and a primary controller of our energetic etheric body and by extension, the physical body. It’s likely the same as the Astral Body discussed in my book Active Consciousness. Like the Middle and High Selves, our Basic Self continues on after we die.

After about age 8, however, our Middle Self starts to run the show and becomes the “boss” of our Basic Self. It’s the locus of our rational mind, the part of us that makes us finish our work even if the Basic Self feels lazy or resentful. It’s our Middle Self that goads us on to fulfill our responsibilities and often stops us from saying or acting upon how we really feel.

But something happens as we begin to age. Not only do our bodies and minds begin to weaken, but we also tend to experience a weakening of the control that the Middle Self can exert upon the Basic Self. Sometimes that’s good! We may finally act upon things we’ve always felt or desired. But sometimes it’s not so great. Without the full force of rational judgement or, perhaps, due to diminished physical senses, we may become too angry or depressed or paranoid or prideful.

Unfortunately, by this point, it may be too late to do anything about it. If you’ve never done any inner work by the time you are 70, it is unlikely that you will have the strength of mind and will to do so. That’s because it’s hard to truly confront and work on the childhood experiences that formed you. But if you do earnestly embark on this path, you will likely make at least some progress in evolving your Basic Self so that it becomes inherently wiser, more compassionate, more courageous, and more peaceful.

Of course, aging usually happens gradually. So even if you have done some inner work, you likely won’t notice that you’re becoming a bit more greedy or suspicious or angry or anxious. Even those around you may not notice this is happening until it actually becomes troublesome.

But be forewarned, this will occur. After all, as the body becomes weaker and senses begin to fail, it’s natural to revert to the habitual coping mechanisms developed and relied upon since childhood. Those most ingrained parts of us remain the longest.

Unfortunately, there aren’t any easy solutions either. There is no “spiritual bypass” for most of us (or arguably, for any of us). You can’t just jump to enlightenment and reach nirvana, eject your Basic Self and Middle Self, and become unified with your High Self and merge with All That Is. Sorry! You’re here on Earth to do the hard work. That’s why we reincarnate — to help move us along, one lifetime at a time.

So my message to you today is: Act Now! Before It’s Too Late! If you’d like to have a gracious and wise elderhood, develop your awareness skills while you are younger! Develop a meditation practice. Engage with work like the Sedona Method or Byron Katie’s teachings or those of many other teachers.