↓
Home→Homeopathy→Preparing for This Year’s Flu 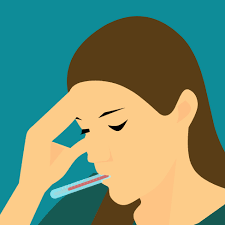 The yearly hype about the flu shot has begun, so it’s time to consider your response. First and foremost — assume that you won’t get sick! In fact, I hesitated to use the above title and corresponding image for this article because it may just serve to prime your belief that you’ll get the flu. All the hype about the flu each year serves as a “no-cebo” that has the opposite effect of a “pla-cebo” — that is, it instills a belief in you — and thus your body — to become susceptible to the flu.

Here is one thing you can do in response to any no-cebo. Say the words: I am an infinite being and I am not subject to that. This does not apply to me. I hereby cancel and refuse it.

Next, know that taking a flu shot is marginally helpful (already, reports are stating that it will prove to be only 20% effective this year) and potentially harmful. Be aware that almost all flu shots (and definitely those you get at a place like a pharmacy or grocery store where they vaccinate lots of people) include a dose of mercury and/or aluminum in them. Some health writers believe that the flu shots given regularly to the elderly (despite the fact that they have been shown to be less effective for infants and the elderly) are contributing to the increase in Alzheimer’s disease.

On an immunological level, a flu shot merely primes your immune system to focus itself on a particular flu antigen or antigens. If you become susceptible to a different flu, you will get no protection and will likely become even sicker than you normally would, because your general immune response has been weakened by this erroneous focus. Indeed, getting a flu shot every year perpetuates and deepens this general immunological weakening.

So what to do?

First, be as healthy as you can be so that you are not susceptible to disease. Eat well, get rest, exercise, get sun, drink water, and perhaps add in a few supplements like Vitamins C and D3. Get a “homeopathic checkup” with your practitioner and take a suitable constitutional remedy if necessary.

Next, build up your knowledge and remedy kit to be prepared, just in case. I have written before about common flu remedies. Some practitioners also advise taking the remedy Influenzinum preemptively, made from the year’s flu shot. Personally, I have never done this. Another useful remedy to have on hand is Oscillococcinum, which studies have shown to be effective at nipping a flu in the bud if it is taken at the first sign of symptoms. This remedy is made from duck liver, and ducks are known vectors for the transmission of the flu.

Finally, it pays to be aware of the developing genus epidemicus for the year — that is, the set of particular symptom pictures emerging and the corresponding remedies that are proving effective (read Impossible Cure  to understand more about this methodology). One homeopath who performs this service admirably is Paul Herscu ND. You can keep tabs on his thinking for this year’s flu at his website. For this year, so far, he is suggesting keeping in mind Nux Vomica (a very common flu remedy and one that has benefited me personally many times in acutes) and Phosphoric Acid, especially in cases of extreme fatigue (a less commonly-used alternative to the standard flu remedy associated with deep fatigue, Gelsemium). For young children, he is finding that their chronic remedy is most helpful, as well as Chamomilla for fussiness and clinginess.

Bottom line: prepare yourself with flu remedies and knowledge, engage in healthful practices, and assume that you won’t get the flu!