↓
Home→Homeopathy→As More Research Supporting Homeopathy Pours In, Efforts to Eliminate It Double Down 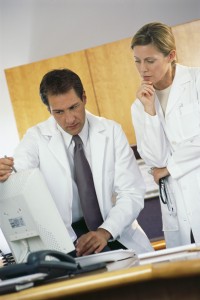 Almost every week I find out about new research supporting the efficacy of homeopathic remedies. It ranges from focused clinical studies, to broader studies that focus on overall patient wellness and satisfaction, to laboratory studies on animals, to basic research studies that prove that homeopathic dilutions are not merely “plain old water.” At the same time, the attacks on homeopathy have escalated.

After the mid 1900s, when the heyday of homeopathy came to an end, homeopaths and homeopathic remedies were, at first, largely ignored by the mainstream and relegated to a small group of followers and the pharmacies that supported them. In the late 1900s, homeopaths and remedies began to be derided as bunk by a group of paid “skeptics”. Small studies were ignored or downplayed. Nevertheless, the use of homeopathic remedies grew and homeopathy became more popular, as other forms of alternative medicine also began to gain ground, especially after the 1970s.

Earnest homeopaths and researchers started to do more studies. Clinical evidence began pouring in. Meta-analyses began to show that the effects of remedies were definitely not due to the placebo effect. (By the way, as I discuss in my book Impossible Cure, the whole idea of a placebo-controlled study was devised by homeopaths.) Animal studies also proved that the remedies were not acting via a placebo-effect.

Then, famous and otherwise-traditional medical researchers, like Jacques Benveniste and Luc Montagnier (who won the Nobel Prize in 2008 for the discovery of HIV) started investigating the efficacy of ultra-dilutions prepared using methods essentially equivalent to homeopathic potentization. Despite the reputation of these doctors, their research was blocked and defunded. Montagnier moved his lab to China. More clinical studies poured in. A fraudulent meta-analysis by Chang, et.al was then concocted to undermine previous meta-analyses and was widely publicized (unlike the others) and declared the “nail in the coffin” for homeopathy. Numerous articles outlining methodological problems with this study (including an entire issue of a journal) were ignored.

Recently, an Australian report was coordinated to study past homeopathic research, but it was abandoned and buried when it found results that were positive for homeopathy. A new report was then created that yielded the “desired” result (by omitting research that was positive for homeopathy — the same tactic used by the Chang study). This newer report was soon widely touted by world-wide media as another “nail in the coffin” for homeopathy, and has even been used as an excuse for more attacks. The movie Just One Drop focused on this duplicity. And more basic and clinical research keeps pouring in.

Now the efforts to suppress homeopathy have doubled down. In the old days, the practitioners of homeopathy were largely the targets. The AMA banned members from practicing or consorting with homeopaths (one of the reasons the organization was formed). Homeopathic medical schools were shut down in the early 1900s or converted into allopathic medical schools. Unlicensed homeopaths of the late 1900s were prosecuted for “practicing medicine without a license.” Today, with the health-freedom movement in full swing and naturopathic physicians (who use some remedies) getting licensure, this strategy is no longer working. Big Pharma and its skeptic henchmen have now decided to attack the remedies themselves. No remedies, no homeopathy.

At first, the skeptics tried to assert that remedies were just sugar pills or plain old water. Then they tried to say that homeopathy was dangerous because people who used it weren’t seeking “proper medical treatment”. When this strategy failed, homeopathic “sugar pills” suddenly became dangerous drugs! Oblivious to the inconsistency behind this sudden change in tactic, the media (which even mainstream politicians acknowledge is bought-and-sold by Big Pharma) has been fed horror stories about “poisonous substances” in homeopathic baby teething tablets! Of course, these dire warnings ignore the fact that the “poison” has been diluted beyond any possible toxicity, even if a baby was given 1000 tablets. Nor were there any reports of harm. It’s all too ironic, given the fact that pharmaceutical drugs are killing people every day.

Enter the latest strategy. Why not make homeopathic remedies…. illegal?

The legislation that formed the FDA in 1938 was written by Senator Royal Copeland, who was not only an MD but a homeopath. Because of this, he enshrined and protected the homeopathic pharmacopeia as part of that legislation. Oops! Time to change that! That’s what is currently happening. A little bit at a time, access to homeopathic remedies is being whittled down by the FDA. Say goodbye to your access at the local health food store. At first it will be only some remedies. Then more. Soon, many remedies may only be available by prescription. Given that there are very few medically-licensed people who would be willing to prescribe them (and most of whom know little about homeopathy), that won’t be very helpful. Time to stock up and build your own pharmacy folks! Luckily, remedies tend to last indefinitely…

So that’s the state of things. What’s next? Unfortunately, fewer and fewer people are studying homeopathy these days, given the embattlement of practitioners and their remedies. Many schools in the US have shut down over the past 10 years. In the UK, the homeopathic hospitals are being shuttered and treatment defunded by the National Health Service. Luckily, things continue unabated in India where homeopathy thrives. More studies continue to pour in, especially from the rest of Europe and India.

I believe that no matter what happens, homeopathy will definitely not die. Instead, it may go underground or dormant for a bit and then spring up in full bloom, like a plant in the desert. It always has! This will be made more likely by the increasing unsustainability of conventional medicine. When people cannot be helped or cannot afford to get help (or are afraid to get help) from conventional doctors, they will turn to other modalities like homeopathy. When an epidemic arises and homeopathy provides the only cure, people will flock, just like they did in the 1800s.

Another scenario, of course, is that Big Pharma will co-opt homeopathy. The science of ultradilutions will yield such incontrovertible evidence that it will not be able to be ignored. Big Pharma will fight this tooth and nail — because ultradilutions inherently cost next to nothing — but they may find a way to charge big bucks for remedies. Who knows? In the meantime, hunker down folks and keep the faith!

In next month’s newsletter, I’ll provide links to some interesting new studies. That’s what I intended to do this month, but I got a bit carried away!